PHOTO: Battling for the Ball 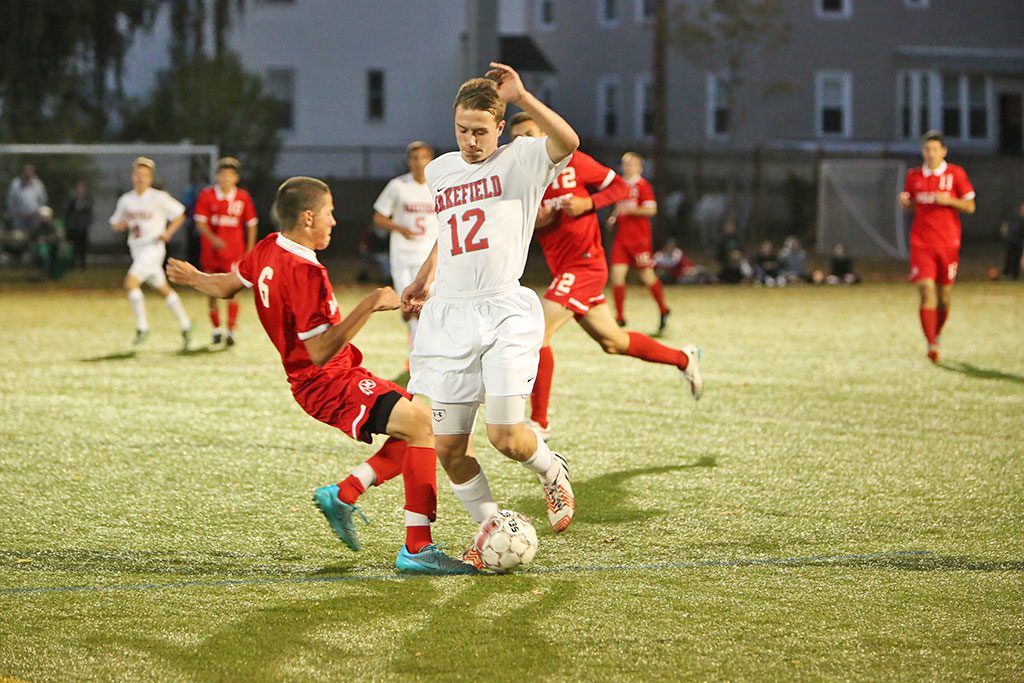 JUNIOR TJ Sellers battles a Melrose player for the ball during a recent game for the Warrior boys’ soccer team. Wakefield beat Watertown last night by a 3-1 score at Victory Field after tying first place Burlington by a 2-2 score on Tuesday night at Varsity Field. In last night’s game, Wakefield scored a goal in the first half and two in the second half. Watertown’s goal was scored in the second half. In the Burlington game, each team scored a goal in each half. Wakefield is 5-8-4 overall. Further details of the two games were unavailable at press time. (Donna Larsson File Photo)