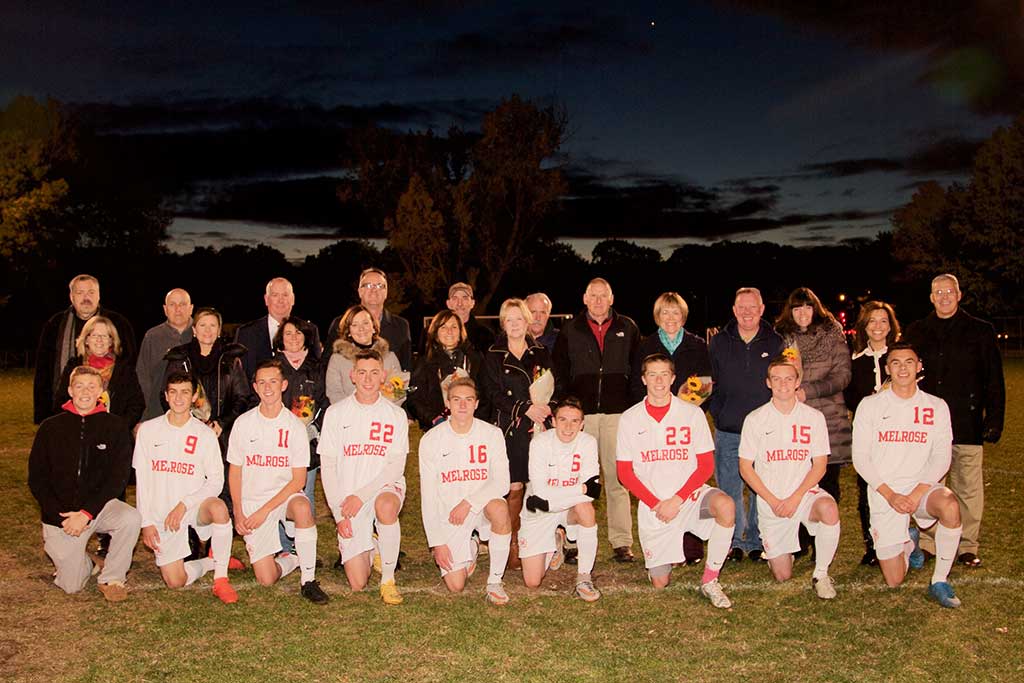 MELROSE — For the Melrose Red Raider soccer team, there was more on the line for rival Watertown on Tuesday, Oct. 25 when the two teams fought in a battle at the West Knoll field in Melrose. By winning the game, Melrose could have clinched sole possession of the M.L. Freedom League, and for Watertown to even have a shot, they’d have to beat Melrose on Raider territory.

Instead, Melrose saw a tough second half result in a 4-1 loss that keeps the team at 7-1-1 in the Freedom and 10-6-1 overall. With a regular season finale set against Stoneham on Thursday (post deadline) Melrose still has a chance to earn their first league title in several years. Either way, playoff bound Melrose looks forward to Nov. 2 when Div. 3 North playoff seedings are released.

Melrose took an early lead on Tuesday with an impressive shot by Owen Thorsteinsson on an assist by Shea Champagne six minutes into the game. Melrose held that lead thanks to impressive defense by Nick Cordeau, Patrick Donahue and work by Jared Dowell at the net. Watertown struck at 15:43 on a head shot into the net to tie it up 1-1. The teams went into a stalemate at halftime and Watertown struck three more times in a final 4-1 loss for Melrose.

Melrose was coming off a two game winning streak with victories last week over Malden, 2-1 and Wakefield, a shutout courtesy of goals from Alex Rosati and Joe Connolly and net keeping by Jared Dowell.

After wrapping up the regular season against Stoneham on Thursday (post deadline) Melrose will rest and wait for the release of the MIAA playoff brackets.