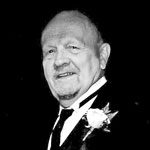 PEABODY — Richard A. “Dick” LeBlanc, 87, a resident of Peabody and formerly of Malden, passed away peacefully surrounded by his loving family on Sunday, October 19, at the North Shore Medical Center in Lynn.

He was born in Somerville on October 2, 1927, son of the late Eli LeBlanc and Emma (Burbine) LeBlanc. Raised in Malden, he graduated from Malden High School and served his country in the U.S. Army during World War II. On April 20, 1947, he married the love of his life, Eileen Monahan at St. Joseph’s Church and they raised their seven children in Malden.

Known lovingly as “Dick” to friends and family, he worked as a mechanic for Lawson Machine and Tool for many years, and later at Avis Car Rental at the airport for 10 years. With seven children, he worked tirelessly to provide for his family and eventually retired at age 67.

Family was most important to Dick, and he enjoyed spending his free time spent with his wife and children. He loved trips to Wingaersheek Beach in Gloucester, visiting Canobie Lake Park, and just driving up the New England coast. He enjoyed being near the ocean and taking drives to see the foliage in New Hampshire during the fall.

Above all else, he cherished his family and loved spending time with his children, grandchildren, and great-grandchildren.

Relatives and friends gathered in honor and remembrance of Dick’s life at the Robinson Funeral Home, 809 Main St., Melrose during visiting hours on Thursday, October 23, from 4 p.m. to 8 p.m., and again on Friday where his funeral service will be celebrated at 10 a.m.