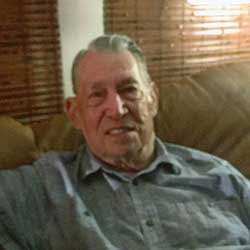 WAKEFIELD — Richard Orne Bayrd, 92, of Wakefield, died on Wednesday, July 21 at his residence.

Born in Wakefield on April 8, 1929, he was the son of the late Edward Leonard and Ruth Etta (Hall) Bayrd. He was raised in Wakefield and graduated from Wakefield High School in 1947.

His yearbook entry notes that he “has steadied the band with his tuba playing for his four years in Wakefield High and has also proven himself a worthy addition to this year’s orchestra.”

In 1949, he married Phyllis Elizabeth Reid MacKenzie of Melrose, and the couple raised three children, Deborah, Bryan and Lori. Phyllis passed away in 2006.

Mr. Bayrd served his country in the United States Army 7774th Signal Battalion during the post-World War II occupation of Germany. He also spent time stationed in France. While in the Army, he trained as an electrician and in the repair of radio and telegraph equipment. Following his active duty, Mr. Bayrd continued his service in the Army Reserve.

His technical aptitude led to a long career at Raytheon Technologies, where he helped in the development of the artificial heart and worked on the Patriot Missile as one of his last assignments. He retired as senior chemical and plastics engineer.

Mr. Bayrd served his hometown in many capacities over the years.

He was a member of the Wakefield Zoning Board of Appeals for decades. He also served for many years as an elected constable. He was one of the founders of Wakefield Community Access Television and served on its first Board of Directors.

As a Justice of the Peace, he officiated at numerous weddings over the years and performed a number of Native American marriage ceremonies.

Proud of his heritage as a Narragansett Indian, Mr. Bayrd marched, along with other members of the Bayrd family, in every Fourth of July parade for decades clad in traditional Native American garb.

He was a member of the Red Men’s Band and once marched with the band down Fifth Avenue in New York City. He was a life member of the Improved Order of Red Men, the Saugus VFW and the Wakefield Elks.

At 6 feet 2 inches tall, Mr. Bayrd was an imposing figure who greeted everyone with a friendly smile whether he ran into them doing errands in the downtown or they dropped by the workshop behind his house. He would spend hours talking with anyone that stopped in, and his home and shop were always open and welcoming to anyone. He enjoyed showing off his house and all his woodwork to anyone. He loved giving things away to visitors.

He took great pride in being self-sufficient and making many things out of wood, including cabinets, tables, lamps and picture frames. He restored antiques for Kaminski Auctions, an international auction house and appraisal service for fine art and antiques.

Mr. Bayrd could fix almost anything. His family and friends often observed that if he couldn’t fix something, it couldn’t be fixed.

He loved being outdoors and enjoyed fishing and boating. He liked growing his tomato and green pepper plants every summer.

And he loved driving his Cadillacs.

Mr. Bayrd enjoyed life and never ran out of things to do. He was an avid reader and took pride in learning new things. He said more than once that if he didn’t learn something new in a day, it was a bad day.

Mr. Bayrd was the father of Deborah J. of Wakefield, Bryan R. of Gardiner, Maine and Lori L. Hawkes of Stow. He is also survived by his grandchildren David, Jennifer, Michael, Christopher, Corey, Shawn and Lyndsey, along with many nephews and nieces.

Visitation for relatives and friends will be held at the McDonald Funeral Home, 19 Yale Ave., Wakefield on Sunday, July 25 from 1-5pm. A private interment will take place at Lakeside Cemetery in Wakefield.