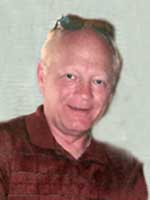 CHELMSFORD – Robert Emil Dame, an all-star athlete from the North Reading High School Class of 1970, passed away at the Merrimack Valley Hospice House in Haverhill, on Tuesday morning, Dec. 6, 2016. He was 64 years old.

Bob was born in Chelsea. He was the son of the late Roy and Bjorg Dame. Bob’s high school years were an important part of his life. His nickname by his fellow athletes and friends was “Mink.” He excelled in three sports, football, basketball and baseball where he was a pitcher. He was proud to be part of two State Championship baseball teams, one in 1969. He continued to keep in touch with many of his friends throughout the years.

Bob was an avid sportsman throughout his life he enjoyed golfing and bicycling as well as following all the Boston sports teams. Bob worked as a salesman and inventory manager at Herb Chambers in Burlington for 20 years. He had many loyal and lasting friendships from his days at Herb Chambers. Bob was very proud of his two sons Tayt and Tristan. He was delighted to be a grandfather to Lochlan and Annika who brought him so much joy.

Bob was the proud and loving father of Tayt Dame and his partner Susan Dawson of West Newfield, Maine and Tristan Dame of Chelmsford.  He was the brother of Tone Crossman and her husband Robert of New Hampshire and Roy Dame and his wife Betty of Maine and the devoted grandfather of Lochlan and Annika. He is also survived by many nieces, nephews and friends.

Memorial Services will be held at the Edward V. Sullivan Funeral Home, 43 Winn St., Burlington (Exit 34 off Rt., 128, Woburn side) on Saturday, Dec. 17 at 1 p.m. Visiting hours will be held prior to the service from 11 a.m. – 1 p.m. Relatives and friends respectfully invited to attend. In lieu of flowers memorials in Bob’s name may be made to Dana Farber Cancer Institute – Jimmy Fund, 10 Brookline Place West, 6th Floor, Brookline MA 02445–7226.