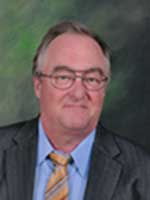 Bob was born in Lynn and was raised in Stoneham. He graduated from Stoneham High School in 1973, where he played football and was in the chorus. He was an active member of the Melrose YMCA Leaders Club, where he met his future wife. Mr. Quigley worked as an emergency room transporter at Melrose-Wakefield Hospital for five years while attending Boston State College. He graduated in 1980 with a B.S. in Physical Education and was president of the ski club.

He started his career working at Melrose Junior High School as an assistant to the head of occupational education and was a freshman football coach. Bob continued his work with children as the physical education director of the Melrose YMCA, where he coached basketball and was instrumental in helping many children over the years. You could always count on Mr. Quigley to help his community with energy and passion and has made Melrose a better place. He continued to be an executive director with the YMCA in Rochester, N.H., South Shore YMCA and at the Peabody-Lynnfield YMCA from 1983-1990. Mr. Quigley changed his career by working as a property manager at Cedar Pond Village in Lynnfield from 1990-2000; while also owning and managing Teddy Bear Day Care Inc. in Melrose from 1991-1998. Bob was finishing up his career as lead engineer at Heritage on the Garden in Boston and was 34 working days from his retirement date of Dec. 23.

Mr. Quigley also had many interests in family activities, hunting, fishing, golfing, camping, was founder and part-time manager of the Victorian Restaurant in Melrose. He had a family membership at the Melrose YMCA and served as a board member in the founding of Jason’s Place, a non-profit organization in establishing a temporary home in the greater Boston area for families of children with cardiac disease requiring prolonged hospitalization. Bob had been a resident of Melrose for the past 30 years, was a great story teller, a match maker, had a great sense of humor and was a great dancer, who was the first to pull someone out on the dance floor at any wedding. He was a cherished husband, father, son, brother, uncle and friend who will be sorely missed by all who knew him.

Visitation was held at the Gately Funeral Home, 79 West Foster St., Melrose, on Thursday, Nov. 3. A Mass of Christian Burial will be held at St. Mary’s Church, Herbert Street, Melrose, on Friday, Nov. 4 at 10 a.m. Relatives and friends are respectfully invited to attend. Interment will be private. In lieu of flowers, donations in Bob’s name may be made to the American Diabetes Association, 10 Speen St., Framingham MA 01701. For obituary, directions or to send a message of condolence, please visit gatelyfh.com.