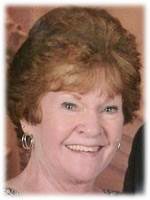 READING — Sheila (McGinn) Ritchie of Reading died Tuesday, November 18 in the Atria Long Meadow Place, Burlington. Born in Medford, she was the daughter of the late Charles and Mary (Duffy) McGinn. Sheila was employed for many years as a Traffic Supervisor for the City of Medford.

She was the beloved wife of the late Ralph “Fred” Ritchie and the devoted mother of Kimberly Ritchie–Whooley of North Reading, Michael Ritchie and his wife Susan of Billerica, Sandra O’Hara of Medford. Sheila was the loving grandmother of Kerin, Elise, and Jason Ritchie, Casey, Kevin and Conor O’Hara, Kaila and Jenna Whooley, and the loving great–grandmother of Benjamin Michael Piracha. She was the sister of Charles “Buddy” McGinn and his wife Mary, Patricia Gill, all of Reading, Terri Hunter and her husband David of Boxford. Sheila was the former mother-in-law of Sean Whooley and the late Neal O’Hara, and is also survived by many loving nieces and nephews.

As an expression of sympathy contributions may be sent in Sheila’s name to Care Dimensions, 75 Sylvan St., Suite B 102, Danvers, MA 01923.