Seniors ready to lead softball team back to postseason 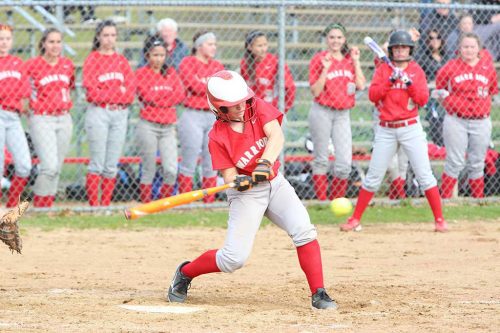 NICOLE CATINO will once again be counted on to provide excellent hitting and defense for the Warriors this season. This will be the third season as a captain for the senior catcher. (Donna Larsson File Photo)

WAKEFIELD — The Wakefield High softball team is poised (weather and field conditions permitting) to start the 2018 season. Coach Rick Quattrocchi has a mixture of youngsters and veterans that he is still attempting to mold into a final unit.

“There’s a lot of competition out there. Basically, I have seven players fighting for three spots in the outfield. We lost (shortstop) Alexi Truesdale and we’re looking at three players, so that’s a major opening,” said “Coach Q.”

Leading the way is catcher, Nicole Catino, a four-year starter and captain for the third year in a row.

“There’s no better catcher in the league, simply put,” said the coach.

Juliette Guanci will be holding down first base.

Four-year starter Meagan Gibbons will be at second base and is also a captain.

Vanessa Kaddaras, a three-sport captain, will be at third.

“Right now she’s my number three bat and I’m looking for a huge year from her.”

Captain Julia Purcell will be the number one pitcher for the third year in a row. Purcell will bat lead off and last year led the team in hitting.

Julia DiFazio is “one of the persons in contention for the shortstop job. She has done quite well in all the practices and all the games. I’m very happy with her.”

Kayleigh Callanan is one of three candidates vying for the number two pitcher’s job.

Alexis Comeau is also contending for the shortstop position and is playing some second base.

Clare Curry is “going to be in the lineup somewhere. She smashes the ball. She plays catcher and can play third base.”

Sophia Gosselin-Smoske “has probably worked harder than anybody on the team. She’s a sophomore and she’s vying for one of the outfield jobs.”

Sophomore Taylor Owen is contending for the backup first baseman’s job and a starting outfield job.

“Again, another kid that has improved.”

Katie Pearl is vying for a starting outfield job and according to Coach Q. is “probably my fastest player. She’s a slap hitter and she’s vying for the centerfield job.”

Sophia Tremblay is a sophomore and contending for the number two pitching job.

Senior Jocelyn Healy has “done everything in her power and has improved 100%. She’s vying for an outfield spot.”

The team got some indoor work at Strike One in Danvers and has had some scrimmages.

“We made some mistakes that are very fixable. We still have some work to do,” said the coach.

Wakefield had 46 players try out, the second most in the league according to “Coach Q.”

“There’s an old saying, ‘Competition is good,’ and I love competition,” he added. 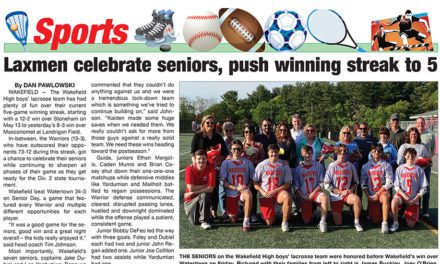 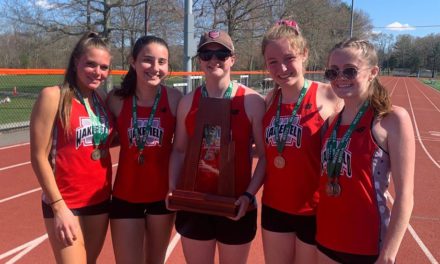 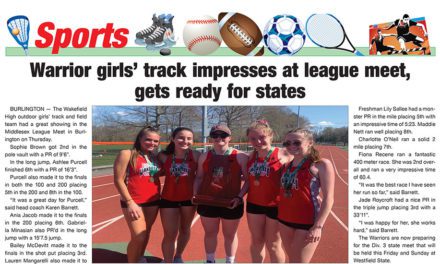