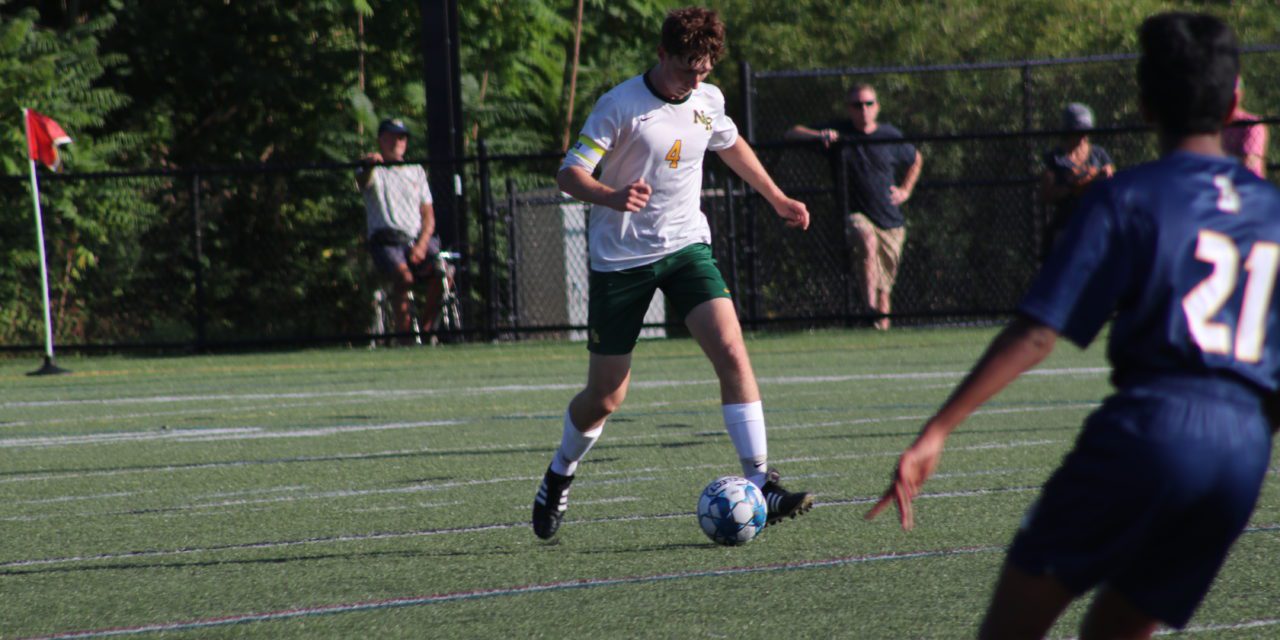 NATHAN MILLER, one of two senior captains along with Josh Stanieich, is ready to lead the Hornet defense in 2022. North Reading (1-1) travels to Amesbury today and hosts Essex Tech tomorrow at 4 p.m. (Courtesy Photo)

NORTH READING — With one of the most talented rosters in recent memory, the 2022 Hornets should challenge defending Cape Ann League champion Newburyport for the CAL title and possibly make a deep run in the state tournament.

“This is a very skilled group. Probably the most skilled group from top to bottom that we have had in my 21 seasons of coaching,” said Bisognano. “There is a lot of creativity and great field awareness. We would like to be back into the state tournament and we would like to challenge for a CAL title. I believe that we are capable of both, but of course, we will have to play well and get some good luck.”

Stanieich and Miller will serve as captains.

“They have done a tremendous job of organizing and encouraging their teammates,” said Bisognano. “It’s a nice duo in that Nathan is a defender and Josh is a forward so we have our two captains leading from each end of the field.”

“They know what the expectations are on a daily basis and have done a great job setting a tone for the younger players,” said the coach.

Stanieich is a 3-time First Team CAL All-Star as well as a 2-time Eastern MA All-Star and is coming off of a 13 goal season in only 16 games. He is a tremendous and prolific goal scorer and has a chance to be the all time leading goal scorer in NRHS boys’ soccer history.

But in pre-season scrimmages NRHS has shown opponents they can’t just game plan to stop Stanieich as they have displayed a very balanced attack with five goals in three games from five different goal scorers.

Offensively, Gulino, Corvino, Matt Fleury, Brady Miller, Doble, Max Fleury, Liam Rodger and Emerson have already proved that they can be weapons in the CAL and it appears that newcomers junior Noah Schifano, sophomores Finn Rodger, Kieran Miller and freshman Gavin Wesley are capable of adding to that.

Put that together with the solid defending that Nathan Miller and Mann showed last year and “we have a whole slew of very good players going into this season,” according to Bisognano.

Senior Travis Long will be the first choice goalkeeper this season and sophomore Cam Parrett will be back-up.

“Travis is a great shot stopper who is capable of making game-changing saves,” said Bisognano.

The Hornets fell to rival Lynnfield 2-0 in the season opener but got back on track with a 3-0 win over Lowell Catholic on Monday. The Hornets travel to Amesbury today at 4:30 p.m. before hosting Essex Tech tomorrow at 4 p.m.