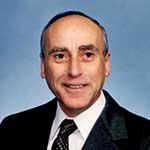 SAUGUS — Thomas A. Fletcher, 87, a longtime resident of Saugus, passed away peacefully on Tuesday, June 14, at Melrose-Wakefield Hospital.

Born in Boston on Jan. 6, 1929, he was the son of the late Helen (Campbell) and George Fletcher. Mr. Fletcher was raised in Melrose, graduated from Melrose High School and honorably served his country in the U.S. Army during the Korean War.

Tom married the love of his life, Jeanne Macneil, and they settled in Saugus to raise two children. Mr. Fletcher worked as a financial analyst for Raytheon for 32 years, retiring in 1991.

Tom enjoyed doing handy-work, and was always busy with a project around the house. He completed many home repairs and renovations in Saugus and at their summer house in Wakefield, N.H.

Tom was happiest relaxing on the boat or awaiting the arrival of many friends and visitors to the lake house. With many special memories, Tom and Jeanne loved spending weekends and vacations on the lake or going sightseeing in neighboring New Hampshire towns. He and Jeanne shared many happy years there with their children first at Suncook Lake and later on Lovell Lake in Wakefield.

Tom was a warm, friendly man with a strong handshake and ready smile. He enjoyed talking with people and wherever he went people remarked “what a nice man.” Above all, he was a family man who exemplified how to be a good father and attentive grandfather. He watched as his grandchildren grew and experienced their development as they shared class projects and artwork with “Grandpa.”

Tom was the beloved husband of the late Jeanne F. (Macneil) Fletcher with whom he shared 55 years of marriage. He was the devoted father of Mark A. Fletcher of Saugus and Nancy J. Therrien and her husband Lawrence of Tyngsboro. He was the cherished grandfather of Justin F. Therrien and Katherine J. Therrien.

Relatives and friends gathered in honor and remembrance of Tom’s life during visiting hours at the Robinson Funeral Home, 809 Main St., Melrose on Saturday, June 18, from 9-10 a.m., followed by his funeral service at 10 a.m. and concluding with military honors presented by the U.S. Army.