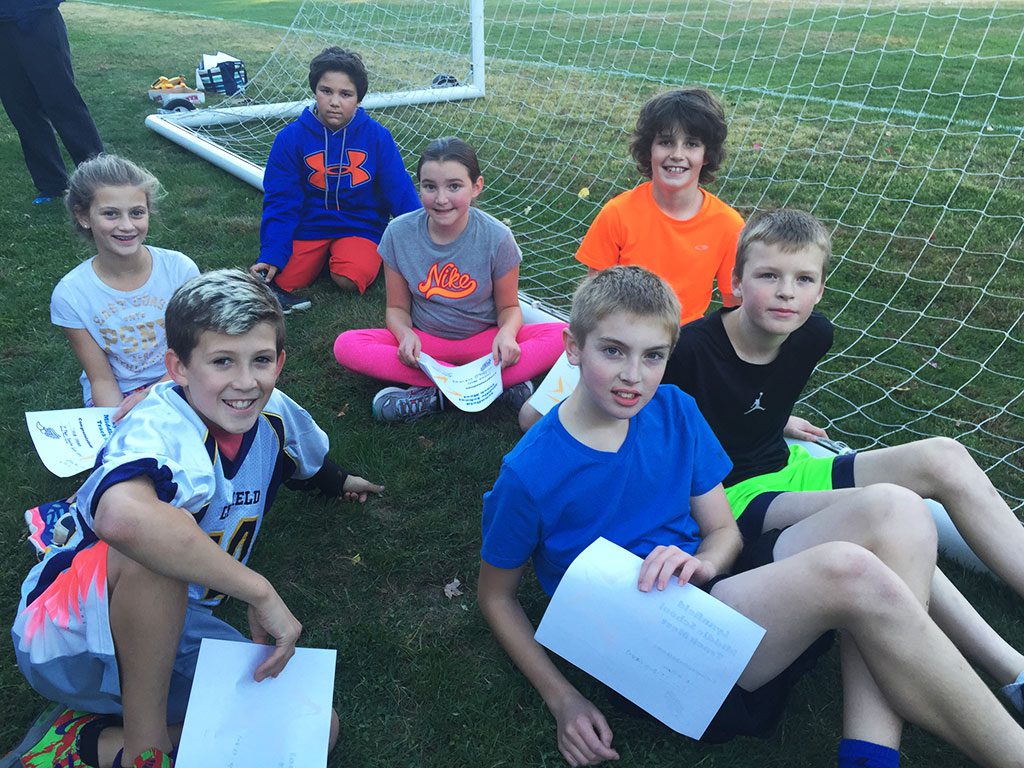 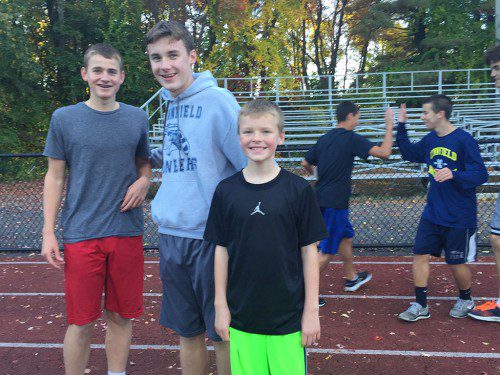 FAMILY LEGACY. The Shone brothers, from left: Zac, a sophomore; Harry, a senior; and Andrew, a sixth-grader, had fun together at the middle school track meet during which LHS athletes mentored future Pioneers. (Courtesy Photo)

Hosted by Pioneer track and field coaches Liane Cook and Bill Wallace, along with a crew of current members of the high school’s track programs, the meet gave boys and girls the opportunity to learn about a variety of track and field events.

After warm-ups were led by LHS athletes, the seven participants were instructed in the key components of a sprinting, middle distance, jumping and throwing event. They then competed against each other in these events.

“Each participated in the 100 meter dash, long jump, javelin and the grueling 800 meter run,” Cook said.  “They learned some techniques for warming up properly, how to use starting blocks for a sprint, the proper positions for holding and throwing a javelin, and for flying through the air in the long jump, as well as how to pace themselves for the 800 meters,” she said.

In addition to learning new track skills, Cook emphasized that all participants had a lot of fun while much camaraderie developed between the high school mentors and the middle school students during the meet. 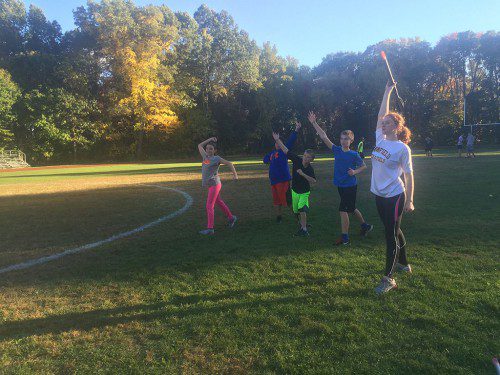 LHS SENIOR Marie Norwood demonstrates the proper positions for holding and throwing a javelin to a group of middle school athletes at track camp. (Courtesy Photo) 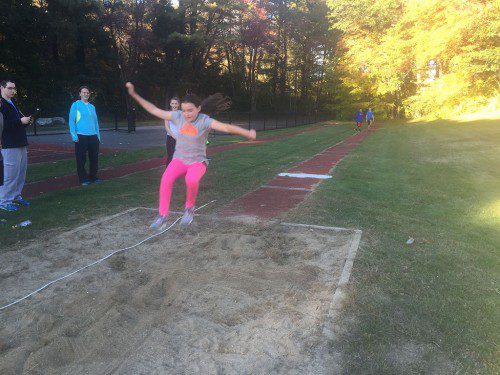 “I’M FLYING.” Kaleigh Weeks flies through the air in the long jump during the middle school track and field meet. (Courtesy Photo)

At the end of the meet an awards ceremony was held. The participants were fifth-grader Nathan Lopez and sixth-graders Julia Brown, Kaleigh Weeks, Ben Deraps, Thomas Taylor, Andrew Shone and Lucas Williams.

Coaches Cook and Wallace plan to run a similar meet for middle school students next May.