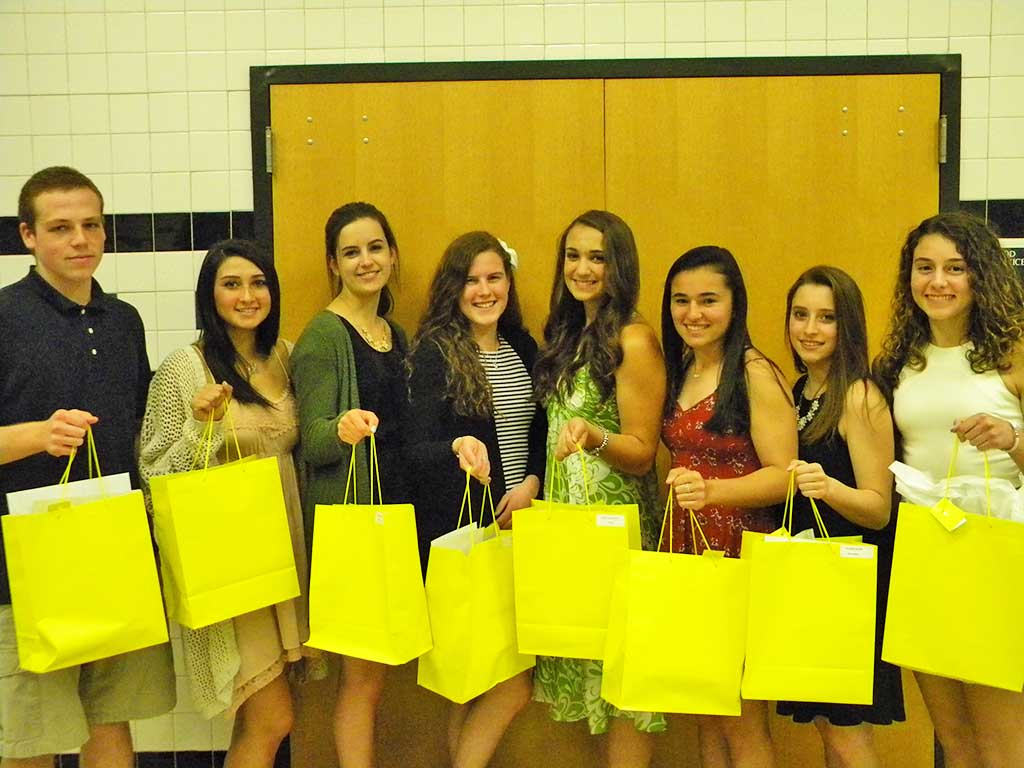 “The young people in this room have all worked very hard this year and have excelled in one or more areas,” said High School Principal Bob Cleary. “I would like to thank parents, teachers and staff members who have supported and guided these students and helped them achieve their success.”

“Each year, various colleges honor members of our junior class by recognizing their talents and achievements with the awarding of the college’s book,” said Moresco.

Caroline Buckley was the recipient of the Harvard Book Award. Brian Basilesco received the Dartmouth Book Award. The Princeton Book Award was given to Lila Alaka. The Wellesley Book Award recipient was Isabella Floramo.

The recipient of the Lynnfield High School Book Award was Kelly Dillon. The LHS Book Award, which is voted on by the faculty, is presented to a junior whose participation at the high school best exemplifies LHS’ ideals.

“The LHS Book is presented to a junior who embodies the principles and ideals upon which Lynnfield High School was built,” said Moresco. “(Dillon) provides leadership through example, is kind, respectful, courteous and honest. She appreciates the intrinsic value of learning; participates wholeheartedly in the daily life of Lynnfield High School and believes what we know to be true that kindness, respect for others, good humor and personal growth are values upon which the quality of our lives depend.”

“Each year, the English Department recognizes students not only in the academic area of language, literacy and composition but also serve as role models to their peers,” said Iannibelli.

“These students have shown outstanding achievement and effort consistently in these courses,” said Gordon.

The winner of the Computer Science Award was Justin Nardella. Matthew Ricciardi was the recipient of the Technology for the 21st Century Award.

“I am pleased to present the band and chorus awards for outstanding musicianship and leadership in the music department,” said Westmoreland.