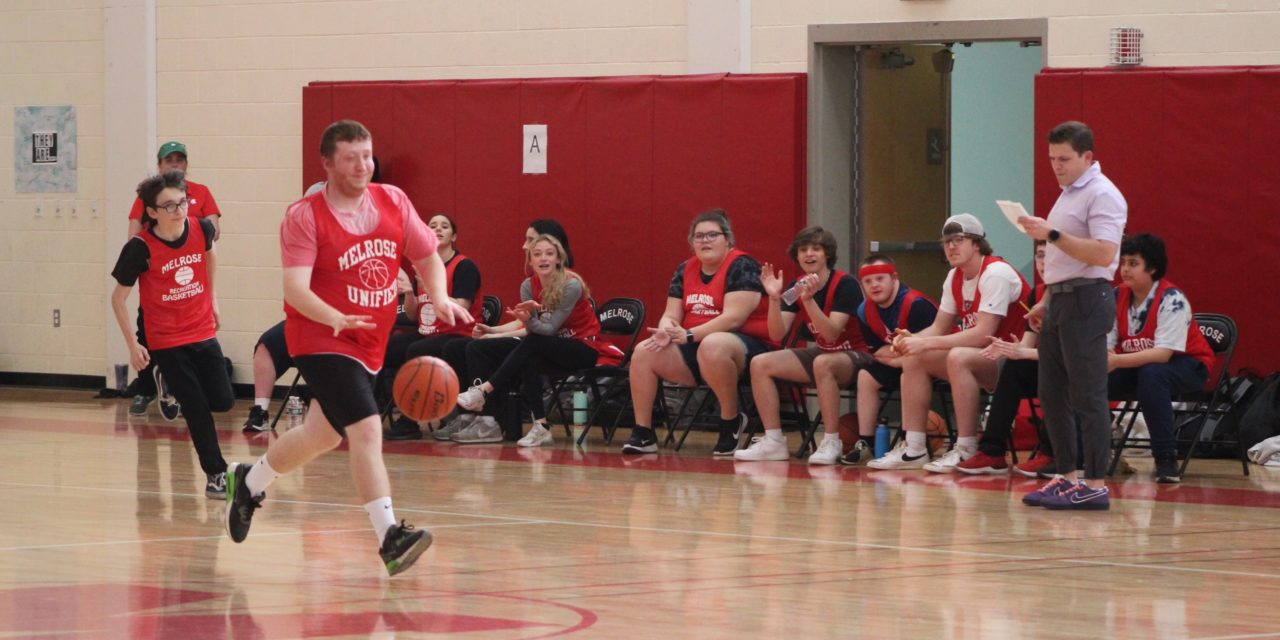 MELROSE—On Thursday, May 5 the Melrose High Unified Basketball Team opened up at home and fell after a hard-fought game against the Stoneham Spartans by a score 52-48.

Melrose went down early, but they never went away as their grit and grind mentality kept them in a close contest. Nick Cram got off to a nice start scoring a few buckets, one being off of a nice assist from James Kavanaugh, as Melrose trailed 8-4 early. TJ Nazaire also got his day going early in the first netting a pair of his own baskets, but Melrose still trailed, 14-8. From there, Nick Cram would go on a small run of his own by getting four quick points of his own, and a James Donovan bucket would cut the lead to two. Cram would conclude his excellent first half with two more buckets putting him at 12 points on the day. 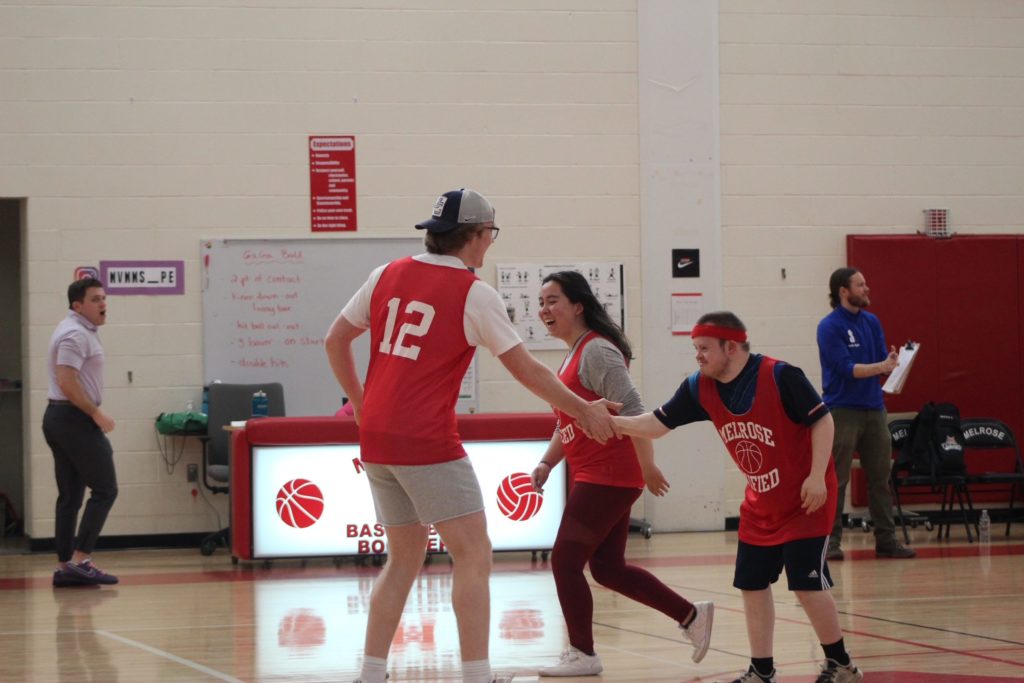 When asked about how he felt about his first half performance, Cram said, “It felt good and it was fun. It felt good just to help out the team.” And that he did, as Melrose went into the half only down six by a score of 28-22.

Trailing and looking for a spark, Kevin “K-Money” Burke, would start what would be a gritty second half for the Red Hawks. James Kavanaugh would set up Burke with a beautiful feed down low to help get his day started after a slow first half. Nick Cram and TJ Nazaire would continue their strong performances with a pair of buckets, and a deep pull-up three from James Kavanaugh would trim the lead to three as Melrose trailed, 36-33. From there, Kevin Burke would go on a run of his own. Burke would go on an eight-point run as he netted four quick points after the Kavanaugh triple. Using his momentum, he turned tough defense into easy offense as he later stole the ball from a Stoneham player and went coast to coast for an easy lay in. Burke would cap off his run off of a Kavanaugh assist for an easy two, but Melrose was still trailing by five with time dwindling.

With Melrose trailing by five with a minute left in play, they were looking for an answer, and James Kavanaugh gave them one. Coming down in transition Kavanaugh pulled up for a deep three that hit nothing, but the bottom of the net to give Melrose a fighting chance as they only trailed by two. Unfortunately, Kavanaugh’s heroics and Melrose’s tough second half defense were not enough as their comeback fell short and lost the game, 52-48.

When asked about his second half efforts, Kevin Burke said, “We were excited to play, I told myself at halftime I needed to refocus because I was rushing my shots and was not playing good defense. We need to do a better job in the second half, and I was glad that we were able to do that.”

Although Melrose lost, they have no reason to keep their heads down. They gave Melrose fans plenty to cheer for, and their efforts did not go unnoticed. Even when the ball didn’t bounce their way, it never affected their fighting spirit or electric play. 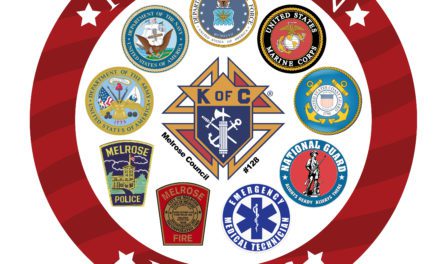