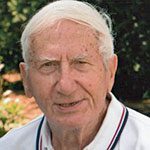 Victor was born on Jan. 13, 1922 to the late Nicola and Michelina (DeBenedictis) Leone. He was raised in the West End of Boston and graduated from Mechanic Arts High School. Mr. Leone entered the U.S. Army in 1940 and served his country with pride for five years during World War II. Victor lived in Everett for many years before moving to Melrose in 1959. He and his wife Louise were the owners of Leone’s Sub and Pizza on Broadway in Somerville for many years, greeting patrons year after year and always contributing to the community in numerous ways.

Mr. Leone was a talented artist, enjoyed painting, loved taking trips to Hawaii and going on cruises. Victor had a summer home at Good Harbor Beach in Gloucester, which he enjoyed for over 10 years. He was a member of the Medford Elks and the Malden Moose Club. But above all Victor loved spending time with family and friends.

Visitation was held at the Gately Funeral Home, 79 West Foster St. Melrose on Monday, Aug. 17. His funeral was held at the Gately Funeral Home on Tuesday, Aug. 18, followed by a Mass of Christian Burial at St. Mary Church, Herbert Street, Melrose. Interment with Military Honors at Oak Grove Cemetery in Medford. Memorial contributions may be made in Victor’s name to Joslin Diabetes Center, 1 Joslin Pl., Boston MA 02115 or at www.joslin.org. To send a message of condolence, please visit www.gatelyfh.com.