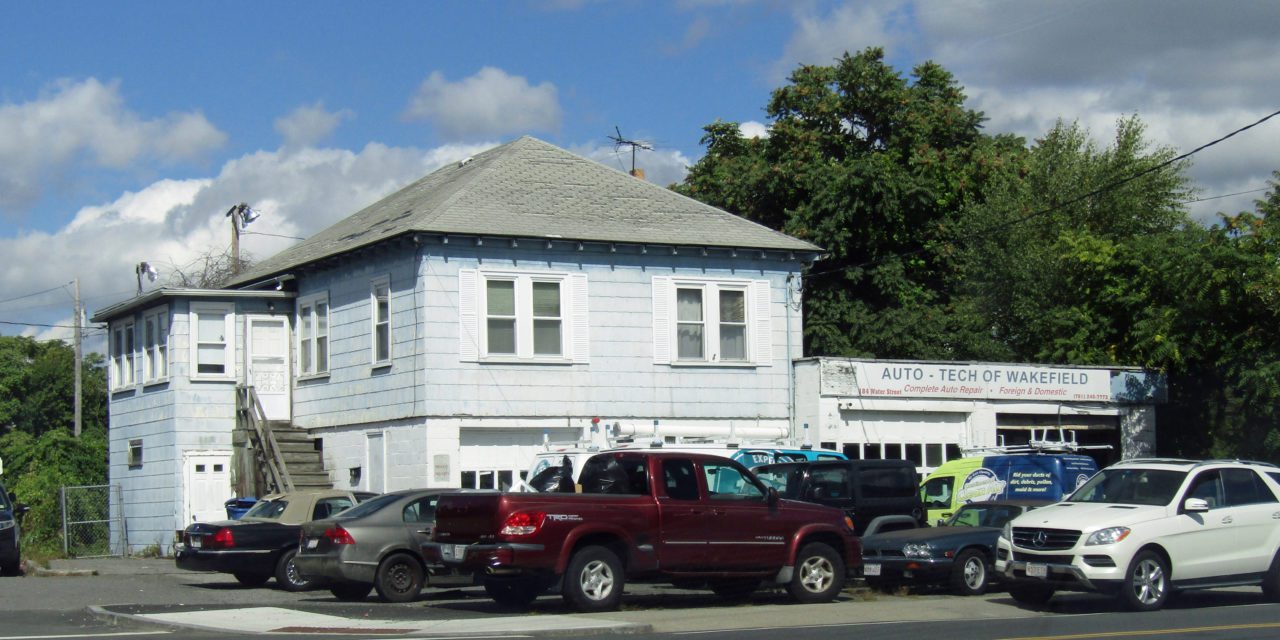 PLANS TO redevelop this Water Street site were unveiled at a recent Zoning Board of Appeals hearing. The current use (top photo) would be replaced with a three-story, mixed-use residential/commercial building (bottom).

WAKEFIELD — The latest mixed-use project to be proposed in a business/industrial area calls for a contaminated site at 184 Water St. to be cleaned up and upgraded with a new building replacing one that is in a significant state of disrepair. The contaminated site has underground tanks, which will be removed as part of the site cleanup.

Saverio Fulcinitti recently purchased the property that sits on Water Street in front of Nasella Playground. Shaw’s supermarket is just to the west of the site with Nasella Playground to the right and the rear. Banner Glass Shelmar is directly across the street.

The building currently on the site has an automotive repair shop on the ground floor with a residential use above.

Fulcinitti presented his ideas for redeveloping the property at a Board of Appeals hearing on the project earlier this month.

The plan calls for a new three-story, mixed-use building with seven residential units and a first-floor retail or service business.

Representing Fulcinitti, attorney Brian McGrail called the plan “a great opportunity for a property in a significant state of disrepair.” The 8,600 square-foot site is in the Industrial Zone, McGrail noted, but is surrounded by the Business District.

Fulcinitti described his plans for the site, which include pushing his building further off the street and adding landscaping in front. There would be seven surface parking spaces in the rear and four spaces in a ground floor parking garage with rear-facing bays. Landscaping will also be added in the rear of the building. 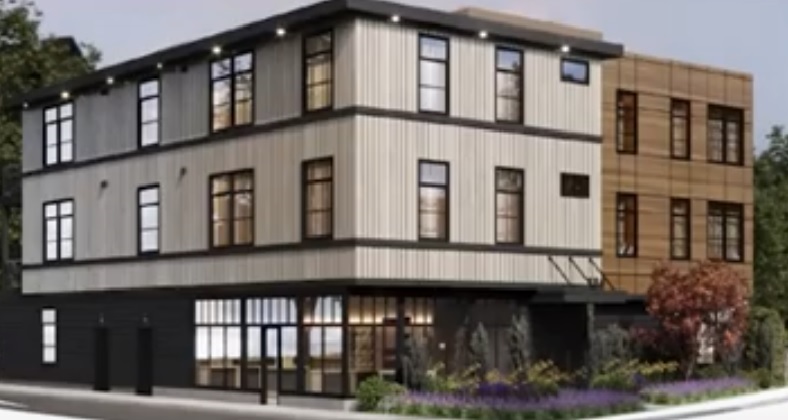 The building will be 35 feet high, stepping down to 33 feet. In addition to the ground floor commercial use, there will be one residential unit on the first floor and three units each on the second and third floors. All of the residential units will have two bedrooms. Two of the three units on each of the upper floors will have rear-facing balconies.

Fulcinitti showed plans and renderings of the proposed building. The exterior material will consist of a natural wood, three-color panel system.

He said that Vanasse Associates had been retained to do a traffic study, which showed a negligible impact on traffic compared to what exists now. The surrounding sidewalks and pedestrian walkways to Nasella will be improved, Fulcinitti said.

McGrail called the plan “a good use of a property in need of a facelift.”

Most ZBA members liked what they saw, although board member Joe Pride felt that the design didn’t fit in with the neighborhood.

When the hearing was opened to the public, Larry Rosenfield, owner of Banner Glass Shelmar, expressed a favorable opinion of the project but wanted to know more about the parking.

A representative of Cardillo Industries, a direct abutter on Melvin Street, also spoke favorably of the planned development.

The ZBA continued the hearing to the board’s Sept. 28 meeting, when the discussion will focus on details of the architecture, landscaping and civil engineering aspects of the site.