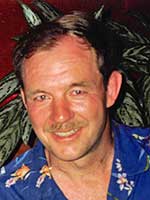 MALDEN — Henry A. “Hank” Cutting, 76, a longtime resident of Malden, passed away peacefully at home on Saturday, February 24, 2018.

Henry was born in Quincy on November 3, 1941, one of three children of the late Henry A. and Anne (Ready) Cutting. Raised in Randolph, Hank was a graduate of Archbishop Williams where he excelled as a student-athlete. In his senior year while washing windows, he met a fellow student, Judy Forti, who offered to buy him an ice cream. They fell in love, were married on December 28, 1963, and started a family of three in Malden. Following high school, Hank attended Holy Cross where he played football and received a degree in Education. At Holy Cross, he enrolled in Officer Training School and graduated as a 1st Lieutenant. After training in Quantico and San Diego, he entered the U.S. Marine Corps. For his service during the Vietnam War, Hank was awarded the Purple Heart before his honorable discharge as a Captain in 1966.

Hank’s true calling in life was to be a football coach. He was a history teacher and the head football coach at Catholic Memorial for 12 years, and later became the head coach for Brookline High School for 10 years. As a coach, Hank was physically imposing and intense, yet he had a softer side that allowed him to personally connect with his players. With his dedication to the sport of football, and love for the game, Coach Cutting became a revered and beloved figure. He was passionate and tough, but made an impact with his ability to keep everything in perspective and treat his players with the respect they deserved. In recognition for his contribution as a coach, Hank was inducted into the Catholic Memorial, Brookline, and Massachusetts High School Football Coaches Halls of Fame.

In his free time, he enjoyed rooting for the Boston sports teams, taking sailboat trips through the British Virgin Islands with Judy, and exploring the wilderness of Maine. Every year with his children, he spent a week of summer vacation camping, canoeing and fishing along the lakes and rivers of Maine. Hank was at his most peaceful and relaxed with his family in the woods of Maine.

Above all else, Hank’s love for his family will be his legacy. An exceptional family man and all around great guy, Hank will be forever remembered as a wonderful husband, father, and grandfather.

Hank was the beloved husband of Judy A. (Forti) Cutting with whom he shared 54 years of marriage. Devoted father of Mary Beth Nally and her husband Don of Melrose, Kathleen Cutting of Wakefield, and Shaun Cutting and his wife Suzanne Schmidt of Lakewood, Colo. Dear brother of Judith Troiani and her husband Roger of Walpole, and Robert Cutting and his wife Margaret of Plymouth. Cherished grandfather of Travis, Brooke, Grace, Elizabeth, and Max.

Relatives and friends will gather in honor and remembrance of Hank’s life during visiting hours at the Robinson Funeral Home, 809 Main St., Melrose, on Thursday, March 1 from 4-8 p.m., and again on Friday at 8:45 a.m., before leaving in procession to St. Joseph’s Church, 770 Salem St., Malden for his funeral Mass celebrated at 10 a.m. Interment with military honors at Knollwood Memorial Park, Canton. For directions, online tribute or to share a memory, visit RobinsonFuneralHome.com.