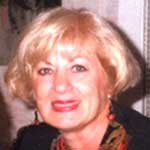 WAKEFIELD — Rosemarie E. Mercurio, 81, of Wakefield died peacefully on Tuesday, February 27, 2018 surrounded by her daughters after a long battle with Alzheimer’s.

Born in Boston on June 4, 1936, she was the daughter of the late George F. and Vincenza (Faretra) DeGregorio.

Mrs. Mercurio was raised in East Boston and was a graduate of Fiten High School in East Boston. A devout catholic, she taught CCD at St. Joseph Parish and St. Florence Parish, was a Eucharistic Minister and was involved in St. Joseph Church Conquistadors. Mrs. Mercurio had worked many years as a hairdresser and was a member of the Wakefield Bowling League and the Wakefield Garden Club. She also enjoyed spending time in North Conway, New Hampshire and Miami Beach, Florida. But above all, she loved her family and cherished time spent with her grandchildren.

Mrs. Mercurio was the wife of the late Frederick J. Mercurio, they were married in 1958. She is survived by her three daughters; Brenda Stewart and her husband Robert, Sandra Mercurio and Michelle Mercurio, all of Wakefield; her four grandchildren: Rochelle Rubino, Erica Ferrell, Michael Stewart and Carly Mercurio; her six great- grandchildren: Ella, Nathan, Gianna, Vincent, Cecelia, and Blake; her three brothers: George DeGregorio, Paul DeGregorio , Richard DeGregorio; and her sister, Maryann DeGregorio. She was predeceased by her sister, Georgianna DeGregorio.

Her funeral will be held from the McDonald Funeral Home, 19 Yale Ave., Wakefield on Friday at 9 a.m., followed by a funeral Mass in St. Joseph Church at 10 a.m. Interment will be at Forest Glade Cemetery in Wakefield. Visitation for relatives and friends will be held at the funeral home on Thursday from 4-8 p.m.