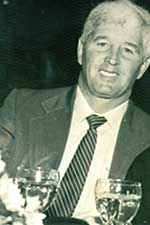 MELROSE — James T. McManus, 77, passed away at his home in Melrose on February 24, 2018. Jim was raised in Woburn and graduated from Woburn High School in 1958. He then went on to honorably serve in the Army as a Cannoneer at Ft. Sill, where he boasted no one successfully invaded Oklahoma during his tour. Upon discharge, he returned to Massachusetts where he entered the elevator industry and became a licensed elevator constructor. Later, he became an elevator inspector, a job he held for the city of Boston as well as the state of Massachusetts until his retirement in 2002.

Throughout his life he continued to be active in sports and every week played basketball for over 30-years with life-long friends. After retiring, he took up golf which became his passion. He stated he never played it well but he loved it anyway. When he was not playing golf, he was in the woods around courses, looking for golf balls which he would fastidiously clean and present to his friends always saying, “I think this is the one you lost.”

Some of his favorite times were up at Pine Terrace, Cobbetts Pond, N.H., with family and life-long friends. He was also an avid dancer and as soon as the first beat of music started, he was on the dance floor. His sisters claim they taught him all his jitter-bug steps since he was their partner as all of them grew up.

Jim’s wit, charm and energy lit up any room and he would instantaneously change a good time into a phenomenal time just by his presence and, of course, his jokes. Jim had an aura about him that had people gravitate to him.

Visitation will be held at the Gately Funeral Home, 79 W. Foster St. Melrose on Wednesday February 28, from 4-8 p.m. Funeral procession from Gately Funeral Home on Thursday, March 1, at 9 a.m., followed by a Mass of Christian Burial at Most Blessed Sacrament Church, 1155 Main St. Wakefield at 10 a.m. Interment at Wyoming Cemetery in Melrose. US Army Vietnam War Veteran. To send a message of condolence please visit www.gatelyfh.com.