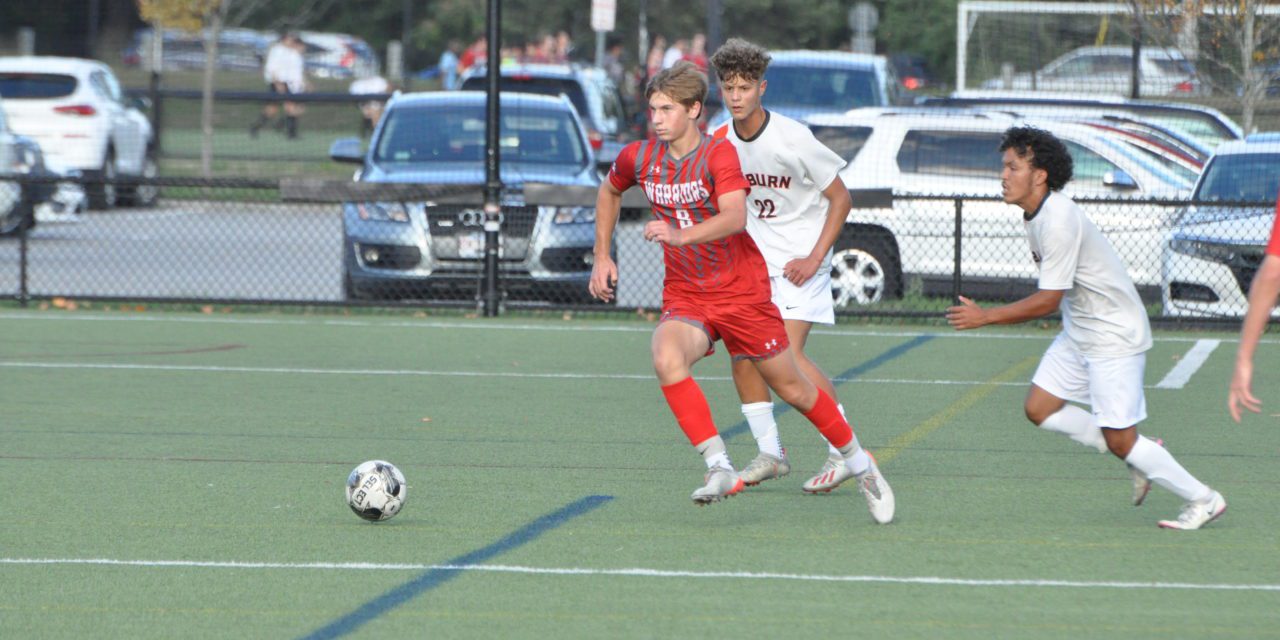 REID FESTEL had Wakefield’s final tally of a four-goal second half to erase a 1-0 deficit against Wilmington and pick up their third win of the season. (Brian Cusack Photo)

WILMINGTON — Last Friday at the Galvin Milddle School, the Wakefield boys’ varsity soccer team returned to their winning ways with a 4-1 victory over Wilmington, a game during which many players contributed.

Several passes from Margolis to Kehoe were made during the first half, but none of the shots made their way into the net due to blocks by Wilmington players, offsides calls and nice saves made by the Wildcat goalie.

Wakefield was able to keep the ball on the offensive side of the field for most of the first half and shots continued to be made by Margolis, Kehoe, JJ Faulkner and Darragh Casey. Wilmington players did manage a few offensive plays also, such as a breakaway followed by a missed shot, a free kick defended by Matthew Keefe and Andreas Sofranas, and a few shots saved by Wakefield goalie, Sean Hogan.

Wilmington was able to put the first goal on the scoreboard with two minutes left in the first half when a player made a lob pass to his teammate, who was right in front of the goal and took a beautiful hard shot in the bottom right corner of the net.

The first half then ended with a free kick taken by Margolis that just missed above the goal. 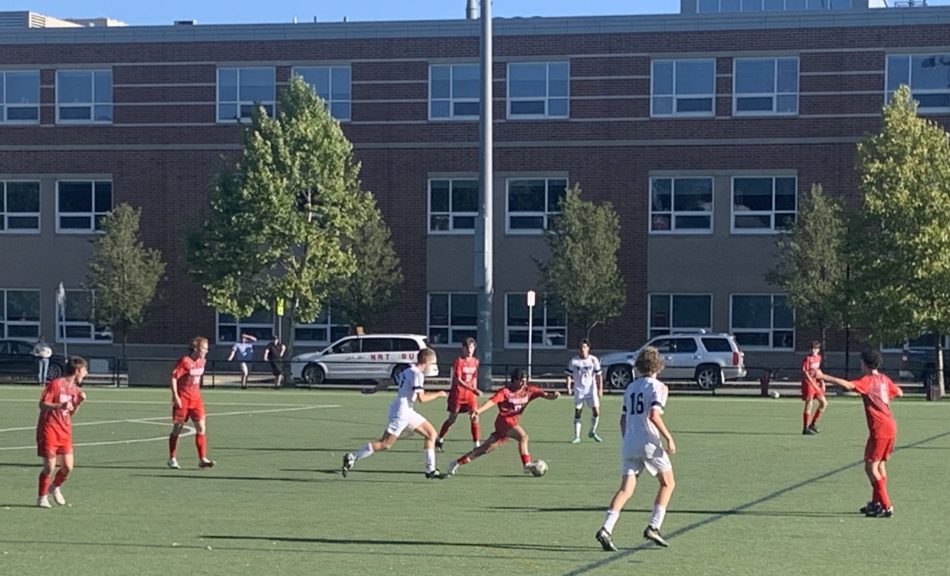 Soon into the second half, Wakefield was able to tie the game 1-1 when Margolis dribbled around two defenders and shot from a few feet outside the penalty arc. The shot was perfectly placed in the top right corner and the Wilmington goalie had no chance of saving it.

Six minutes later, Elias Anjim headed the ball into the Wilmington net, but the goal did not end up counting because the referee called a Wilmington handball inside the box. The penalty kick was taken by Casey, who shot to the left side of the net and scored, giving Wakefield the lead 2-1.

With nine minutes left in the game, Wakefield added to its lead when Margolis passed to Frankie Leone, who shot from outside the 18 and scored over the goalie’s head. Wakefield was then up 3-1 over Wilmington.

Less than a minute later, Wakefield scored for the fourth time when Marc Laverdiere crossed to Reid Festel, who tapped the ball into the left side of the net. The game ended with another shot from Festel that was saved by the Wilmington goalie.

One of Wakefield’s star players, junior Darragh Casey, was asked about the team’s season thus far.

“I am very excited about our strong start to the season,” Casey said. “I am very lucky to be playing alongside such great teammates and to have such a great coaching staff. I feel as though we started the season off very hot with two back-to-back wins, including one coming against a very skilled Lexington team. The following two games we fell off a bit, but now we are right back on track after that big win against Wilmington.

“A major contributor to our team’s success is the team’s chemistry. Everyone gets along very well and many of us have been playing together since we were 9-years-old. Coach Angelo has also done a great job of getting us ready physically and mentally for games.”

The Warriors were certainly ready last night as they played undefeated Melrose on the road to a hard-fought 1-1 tie. Wakefield is now 3-1-2 on the season while Melrose moved to 4-0-1. A full story will appear later this week.