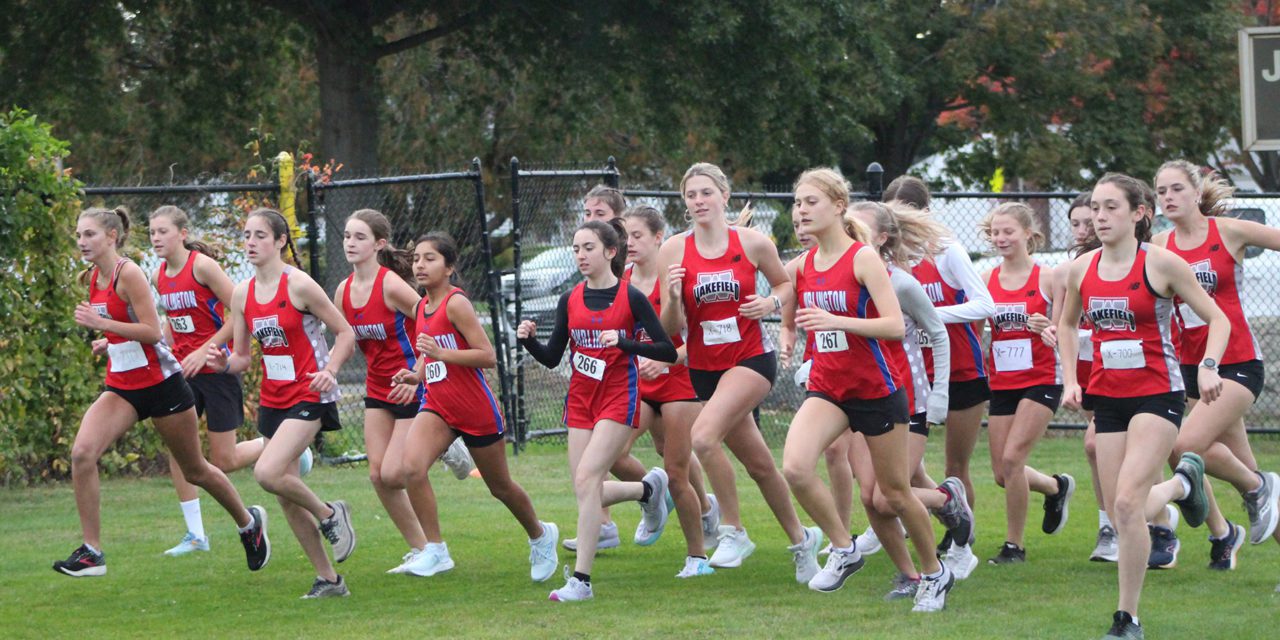 THE WARRIORS and Red Devils start their race on Monday at WMHS. Wakefield ran away with it, 15-50. (Colleen Riley Photo)

WAKEFIELD — The Wakefield High girls’ cross country team continued their strong start to the season with a big win over Burlington, 15-50 on Monday.

The Warriors had seven cross the finish line before Burlington’s top runner.

“They were awesome today,” said Wakefield head coach Karen Barrett of her team, which moved to 2-1 overall on the season and 1-1 in Freedom Division dual meets.

Leading the way for Wakefield was sophomore Lily Sallee who won her first career cross country met with a time of 20:06.

“I am super proud of the maturity and intestinal fortitude she has put forth as a new xc runner,” said Barrett. “Her hard work is definitely paying off.” 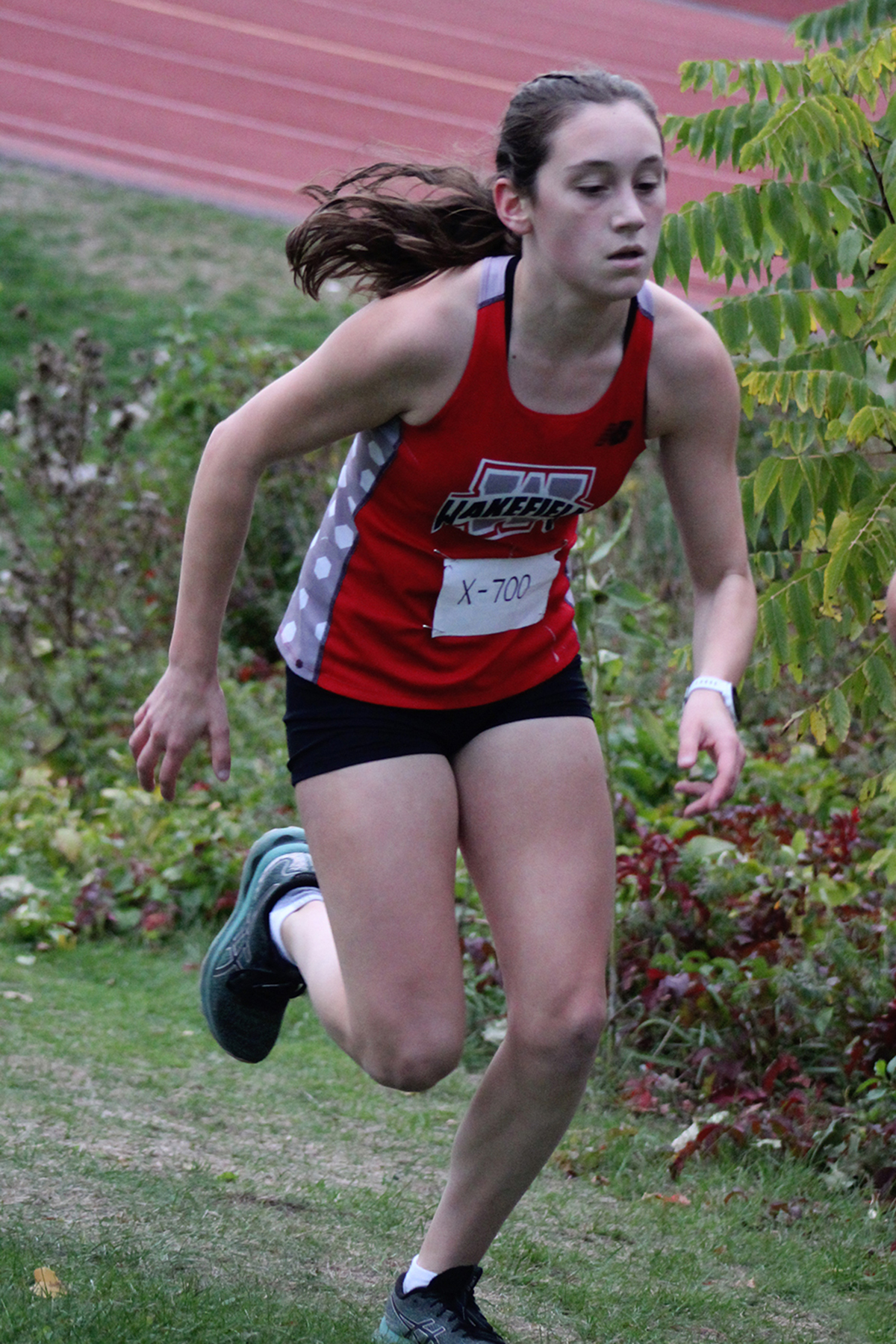 LILY SALLEE took cross country gold for the first time on Tuesday at home against Burlington. The sophomore was first overall in a time of 20:06. (Colleen Riley Photo)

Wakefield’s next six runners all finished within 25 seconds of each other, perfectly executing the team’s pack style of running.

“Jellison, Yianacopolus, Schermerhorn, Welch, O’Neil and Brackett were awesome,” said Barrett. “They pushed each other to be the best they could be.”

Freshman Liza Bangston also had a strong race, finishing 8th for the Warriors and 9th overall in 21:34.

“I absolutely loved watching the positive effect that fast pack running had today,” said Barrett. “Most of the girls got personal best times on the course. The key is that they ran as a team and brought the best out in each other. I am really optimistic for the rest of our season.”

The Warriors will shift their focus to another Freedom Division rival next week when they travel to Watertown on Wednesday, Oct. 12 at 4:30 p.m. 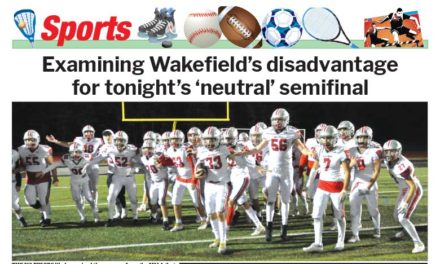