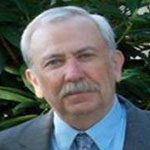 WAKEFIELD — William F. Connelly, 68, a lifelong Wakefield resident, died on Wednesday, Dec.10, at the Melrose-Wakefield Hospital.
Born in Tewksbury on May 21, 1946, he was the son of late John W. and Kathleen (Cronin) Connelly.
Mr. Connelly was a graduate of Wakefield High School, Class of 1964 and Boston University, Class of 1968. He was a retired financial manager for the Wakefield Municipal Gas and Light Department. Mr. Connelly had served in the United States Army during the Vietnam War and was a member of the Wakefield V.F.W. and the Wakefield American Legion.
Mr. Connelly was also a former member of the Wakefield School Committee and volunteered his time as a coach for the Challenger baseball and basketball programs for individuals with developmental disabilities.
Known to his friends and family as Bill, he was well-known for his charming spirit, dedication to family, love of sports and the uncanny ability to make everyone around him laugh.
He is survived by his wife Lorna J. Davidson-Connelly and his two sons William Ashley Connelly of Wakefield and John Wesley Connelly of Tewksbury. Mr. Connelly is also survived by many beloved family and friends. Mr. Connelly was predeceased by his brother John W. Connelly Jr.
Visitation for relatives and friends will be held at the McDonald Funeral Home, 19 Yale Ave., Wakefield on Sunday from 2 to 5 p.m. A funeral service will be held at the First Parish Congregational Church, 1 Church St., Wakefield on Monday at 11 a.m. Interment will be private.