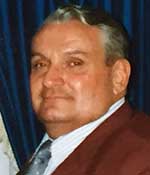 In 1965 he was assigned to the Office of Governor John A. Volpe as a security driver. In 1969 he was assigned Chief of Security to Governor F. W. Sargent. In 1974, Mr. Clark was appointed the Clerk of Court at the Gardner District Court, he was later designated Clerk-Magistrate, a position held until his retirement.

Bill was employed by the Commonwealth of Massachusetts for over 40 years. He was also a Justice of the Peace, Commissioner of Quality Public Officers, Bail Magistrate and was on special assignment to various courts throughout the Commonwealth.

Visitation was held at the Gately Funeral Home, 79 W. Foster St., Melrose on Thursday July 7, from 4 p.m. to 8 p.m. A Mass of Christian Burial will be held at St. Mary’s Church, Herbert Street, Melrose on Friday, July 8, at 10:30 a.m. Relatives and friends are respectfully invited to attend.

Burial at Wyoming Cemetery in Melrose will be private.

Memorial contributions may be made to a charity of your choice. To send a message of condolence please visit www.gatelyfh.com