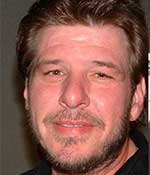 WAKEFIELD — William W. “Billy” Pelton, III, 53, of Wakefield, formerly of Stoneham, passed away peacefully in his sleep on Friday, April 27, 2018.

Born in Boston on July 30, 1964 he was the beloved son of Annette K. (Russo) Pelton of Medford and William W. Pelton, II of Florida.

Billy was raised in Watertown and Waltham and was a graduate of Waltham High School, Class of 1982. He had a passion for basketball and was a fan of both the Boston Celtics and the San Antonio Spurs. Cooking was also a passion of Billy’s, he particularly loved taking advantage of the latest technology in kitchen devices. He loved music, and was known by his friends as the “Music Man;” he knew every band and artist, but most enjoyed the band “Staind.” He also enjoyed time spent at Sebago Lake and had an interest in sharks. Billy had a great sense of humor and loved to make people laugh and smile. His family recalls, “even though with his illness he still took everyone else before himself.” Above all, Billy loved his family and especially cherished time with his grandchildren.

His funeral will be held from the McDonald Funeral Home, 19 Yale Ave., Wednesday at 11 a.m., followed by a funeral Mass in St. Florence Church, 47 Butler Ave., Wakefield at 12 noon. Visitation for relatives and friends will be held at the Funeral Home on Tuesday from 5-8 p.m. Interment will be private.