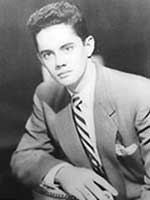 MELROSE — Bertram Patrick Mullaney lll was born on March 29, 1930 in Cambridge, the eldest child and only son of Bertram P. Jr. and Helena (Connolly) Mullaney.

Music and sports shaped Bert’s early life. He participated in numerous shows during his school years and began to develop as a singer. He was also a talented baseball player, pitching Belmont High to the state tournament. After graduation in 1948, he embarked on a singing career. He attained regional recognition fronting Baron Hugo’s big band, performing regularly at The Totem Pole and other venues throughout New England and Canada. He recorded several records and appeared on The Ed Sullivan Show. He later attended Boston State College, earning a degree in education.

While at Boston State his pitching talent again led the team to great success. He was scouted by the Cleveland Indians and Pittsburgh Pirates. After graduating in 1955, Bert began a 30 year teaching career in the Boston Public School system while continuing his singing career. He taught at the William Barton Rogers School in Hyde Park for many years and was coach of their baseball team.

In 1959, he married Mary Frances Gill, to whom he remained married for over 56 years. He was the proud father of Maura, Michael and Edward Mullaney. Bert and Mary raised their family in Hyde Park and Stoughton, where they resided for 39 years. After retiring, the two traveled extensively. A passionate fan of all the Boston sports teams, he was especially thrilled to finally experience three World Series championships for his beloved Boston Red Sox. He was a regular volunteer during election season in the town of Stoughton. He was a dedicated member of his church, Immaculate Conception, where he was a member of the choir for many years. He experienced great joy with the births of his beloved grandchildren Olivia, Catherine and Matthew, the kids of his son Mike and his wife Tran. He also welcomed another granddaughter Angelina into his heart and his family through adoption.

A friend of Bill W., Bert truly loved people, good music and never missed a Sox game. He will be forever missed and his spirit will live on through his children, grandchildren and the works and passions with which he lived his life.

Bert was the beloved husband of Mary (Gill) Mullaney for 57 years. He was the loving father of Maura Mullaney of North Carolina and his daughter-in-law Terry Cook; Michael Mullaney and his wife Tran of Melrose; and Edward Mullaney of Mansfield. He was the cherished grandfather of Olivia, Catherine, Matthew and Angelina. He was the caring brother of Claire Scannell of Wellesley and Patsy Miller of Dorchester. He is also survived by many nieces and nephews.

Visitation was held at the Gately Funeral Home, 79 West Foster St., Melrose on Sunday, June 5. Funeral from the Gately Funeral Home took place on Monday, June 6, followed by a Mass of Christian Burial in Most Blessed Sacrament Church, 1155 Main St., Wakefield. Burial was private. In lieu of flowers, contributions may be made in his name to Catholic Charities of Boston, 51 Sleeper St., Boston MA 02210.