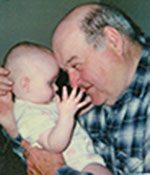 LONDONDERRY, N.H. — Robert F. “Bob” Shea, 78, of Londonderry, New Hampshire, formerly of Melrose, passed away on April 26.
Bob was born in Melrose on April 1, 1937 to Joseph and Margaret (O’Leary) Shea. He graduated from Malden Catholic in 1955 and went on to enlist in the United States Marine Corps, where he honorably served his country from 1957-1961. After serving in the Marines, Bob spent many years working as a truck driver for United Liquors, and was also a member of the Teamsters Union. Bob was also a member of the Irish Social Club in West Roxbury.
Bob was very proud of his Irish heritage, traveling to Ireland on many occasions. Bob enjoyed playing the accordion with other Irish musicians, listening to Irish music and going to Irish festivals. If you were ever going to drive somewhere with Bob, you were going to listen to some Irish music. In addition to Ireland, Bob loved trips to Maine and the Catskill Mountains in New York.
Bob was the beloved father of Lisa (Shea) Holmes and her mother Mary (Ulrich) Shea. He was the dedicated grandfather of Jacob Holmes, Victoria Holmes and Derek Ross Holmes Jr. He was the loving brother of Joseph T. Shea and Eleanor (Shea) Galvin. He was the uncle of Kathleen Sherman, Dennis Galvin, Sheila Lepore and the late Timothy Galvin.
Visitation was held at the Gately Funeral Home 79 W. Foster St., Melrose, MA on Thursday, April 30. Bob’s funeral Mass was held at St. Mary’s Church, Melrose, on Thursday, April 30. In lieu of flowers, contributions can be made to the American Lung Association, 460 Totten Pond Rd. Waltham, MA 02451 To send a message of condolence please visit www.gatelyfh.com.