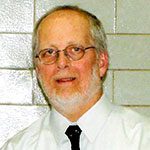 Charles, lovingly known as “Charlie,” was born in Boston on August 14, 1956, one of five children of Marion (Lynch) Comppen of San Diego, CA and the late Charles Comppen. He was raised and educated in Dorchester, graduated from St. Kevin’s Elementary School, and from Boston Technical School in Roxbury.

He received his associate’s degree from Fisher College in Boston and worked for 20 years for the United States Postal Service in Woburn.

Charlie found particular joy in coaching youth sports. He loved softball in particular and volunteered as a youth softball coach for St. Mary’s in Revere, Pope John Paul High School in Everett, and Nazareth Academy in Wakefield. He also served as the high school basketball coach for Mt. St. Joseph’s Academy in Brighton. He loved coaching, and enjoyed playing hockey and softball throughout his life in a variety of leagues including the Post Office League and the Over 40 League.

Charlie was the beloved husband of Karen L. (Pica) Comppen, with whom he shared 28 years of marriage. He was the cherished son of Marion (Lynch) Carney of San Diego, CA, the late Charles Comppen and stepson of the late Warren “Buster” Carney. He was the devoted father of Jennifer L. Comppen, Nicole E. Comppen, and Stephanie R. Comppen, all of Melrose. He was the dear brother of Mary Sullivan of W. Warwick, RI, Jim Comppen of Sanford, ME, Steve Comppen of Bar Harbor, ME and Kathy Bense of Tacoma, WA. He is also survived by many nieces and nephews.

Relatives and friends honored and remembered Charlie’s life by gathering during visiting hours at the Robinson Funeral Home, 809 Main St., Melrose on Friday, October 31 from 4 p.m. to 8 p.m. and again for his funeral service celebrated on Saturday at 10 a.m.

Gifts in memory of Charlie may be made to Revere Youth Softball, 33 Loomis St. Revere, MA 02151.

For directions, online tribute, or to share a memory visit RobinsonFuneralHome.com.