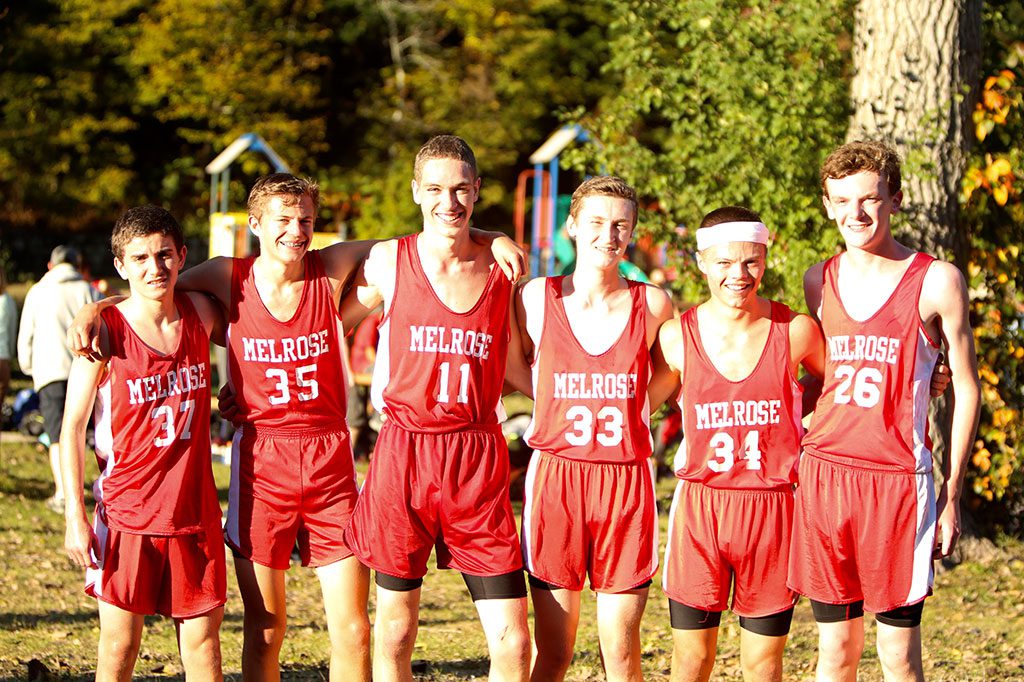 THE MELROSE Red Raider cross country earned their second straight league title after sweeping competition and improving to 7-0 with a win over Arlington on Monday. (file photo)

MELROSE — For the second straight year, the Melrose Red Raider boys’ cross country team are league champs. This after a win over Stoneham on Monday, Oct. 20 which brings Melrose’s winning streak close to 15 straight. Both the Melrose boys’ and girls’ teams took wins over the Spartans on the road meet, keeping the Melrose boys’ team undefeated at 6-0 and the girls improving to an impressive 5-1.

Details of the meet were not available at press time. Both teams will close out the regular season against Arlington next week and then focus on the Middlesex League Meet on Nov. 2 at Woburn Country Club. They also hope to do some damage in postseason statewide competition at the MIAA Eastern Divisional Meet on Nov. 14 in Wrentham.

On Sunday, Oct. 17 both teams proved to be tough competition at Franklin Park when they competed in the 55th Annual Catholic Memorial Invitational. The Melrose boys’ team finished third among all competition while the girls’ team nearly cracked the top 10 with a 12th place team finish.