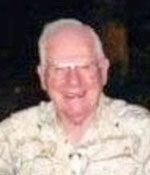 Donald was born in Melrose on June 13, 1925, to the late Angelo and Mary (McCafferty) Stamegna. He was raised in Wakefield and Melrose, graduated from Melrose High School and Babson College.

Donald joined the U.S. Navy in 1943 and served his country with pride during World War II as a U.S. Navy pilot with a rank of 2nd lieutenant. After his discharge from the Navy he joined the U.S. Marines later that month and served in the reserves as a 1st Lieutenant until 1952.

Mr. Stamegna was a longtime resident of Melrose and a resident of Arlington Street since 1952.

He was the business owner, purchasing agent and bookkeeper of Hyde Birdfeeder Company of Waltham for over 50 years, retiring in 2000.

He loved boating, fishing and catching lobsters from his summer home on Buzzards Bay. Donald liked the outdoors, camping and working on his home, right up to last week at the age of 90.

Mr. Stamegna enjoyed going on cruises with his wife Barbara and was a collector of cars, trains and other collectibles.

Relatives & friends are respectfully invited to attend. Burial with military honors at Wyoming Cemetery in Melrose. To send a message of condolence please visit www.gatelyfh.com.