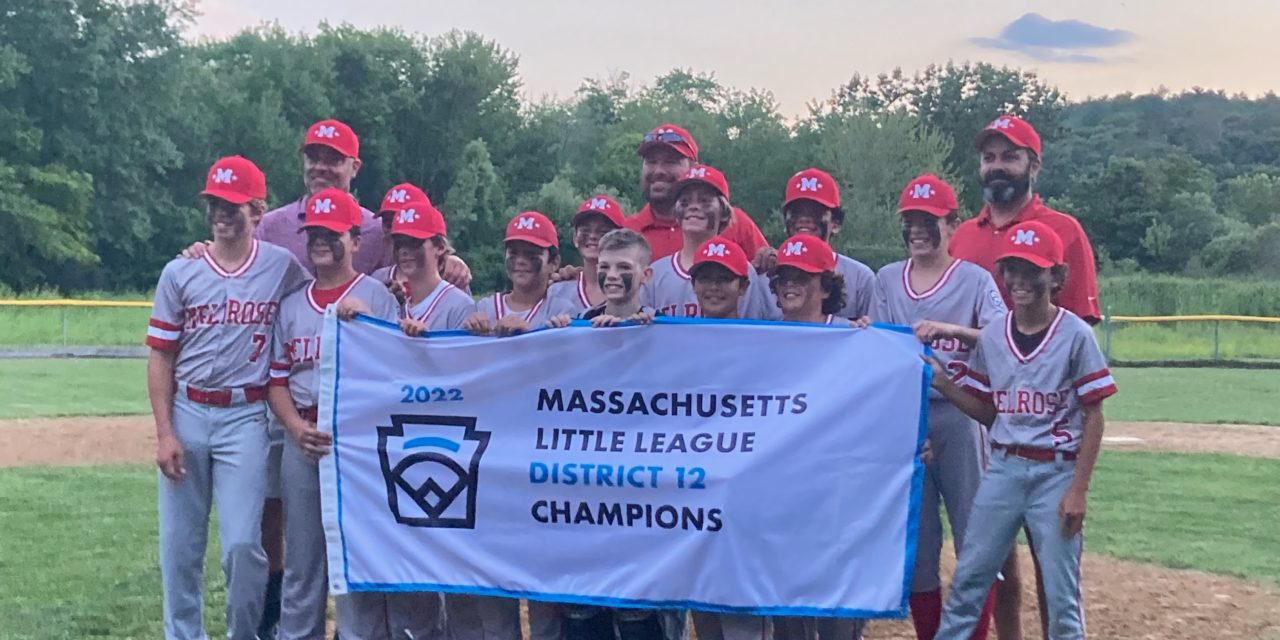 THE MELROSE Little League 12-year-old Williamsport All-Stars are District 12 champs after scoring 8 runs in the bottom of the 6th to tie it and walking off in the 7th against Malden in the championship game on July 14 at Conant Field. Melrose competed in the State Section 3 Little League Tournament this week at Sacramone Park in Everett after press time. (Courtesy Photo)

MELROSE — Trailing 11-3 going into the final inning of a Williamsport 12-year-old District 12 championship game on July 13 at Conant Field, the Melrose Little League All-Stars made a decision.

They decided that the game wasn’t over, despite the fact that they would have one more shot at Malden in a tiebreaker.

Once that was settled, all Melrose did was go to work, scoring 8 runs in the bottom of the 6th, powered by four home runs to force extra innings.

In the bottom of the 7th, pinch-hitter Brandon Victoria belted the team’s 6th home run of the game, a 3-run dinger that also served as a wild walk-off, sending the hometown fans into a frenzy. 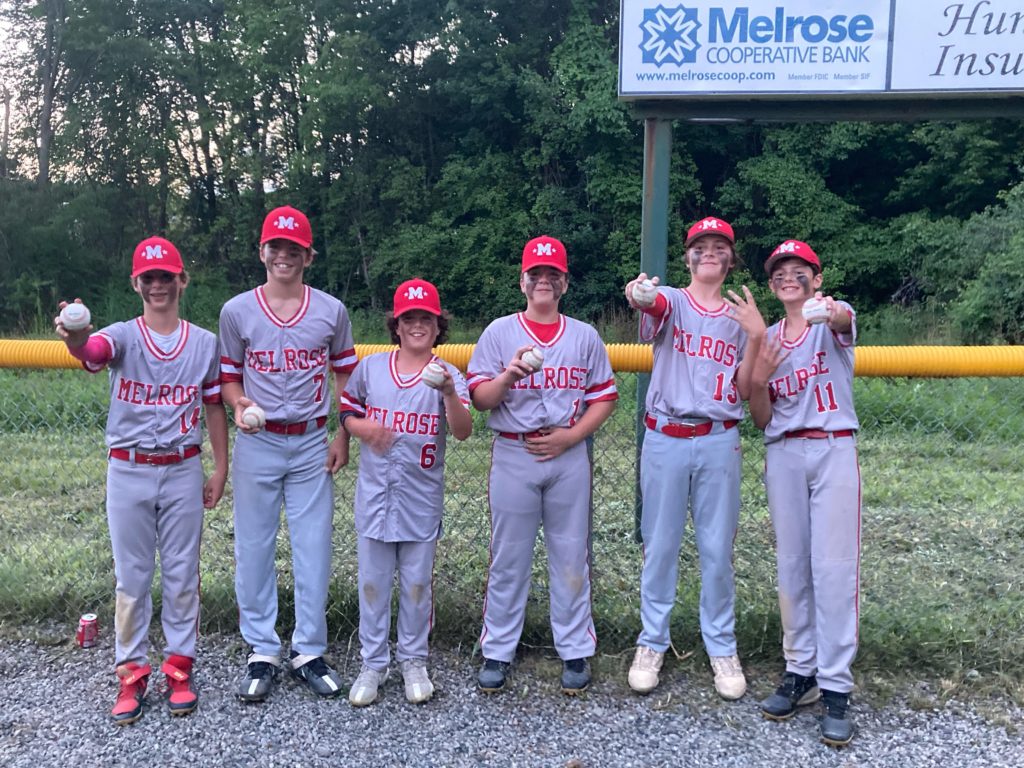 Ray Willis shut out Malden in the 6th and 7th to allow his offense to level up.

Melrose led 3-0 in this one but Malden stormed back with 11 unanswered.

In the 6th, James Tillis hit a 3-run homer and Jed Drogan and Blake Ward both had 2-run blasts to bring the team within one.

Keeping the power surge going at Conant, Max Hoag came up clutch with a solo shot to tie it.

The undefeated Melrose All-Stars turned their attention to the State Section 3 Tournament at Sacramone Park in Everett this week.

Melrose started their three-game tourney journey on Wednesday against Dorchester. They played Needham National on Thursday and Wellesley on Friday (all games held after press time).

The top two of those four teams will play in the championship game, scheduled for this Saturday, July 23.