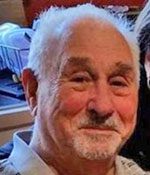 MELROSE — Frank S. Tuscano, 91, passed away at his home in Melrose on July 1.

Frank was born in Gary, W.V. on Dec. 8, 1923 to the late Domenic and Mary (DiBiasi) Toscano. He was raised in Pennsylvania and came to the North End of Boston at the age of 15. Mr. Tuscano entered the service right out of high school and served his country with pride in the U.S. Navy during World War II. Frank served on a submarine in the Pacific Theater for three years. After his discharge, he worked for Emerson Lounge Furniture in Lawrence before starting his own business in 1973. He owned and operated Frank’s Furniture in Melrose from 1973 to 2011.

Mr. Tuscano has been a resident of Melrose for over 65 years and spent summers at his camp in Freemont, N.H. for the last 60 years, where he enjoyed canoeing with his late wife Marie and spending time with his family. Frank enjoyed bowling, cooking, Wednesday night dinners and holding court at his store with all his friends. But most of all, his grandchildren and great-grandchildren were the love of his life.

Visitation was held at the Gately Funeral Home, 79 West Foster St., Melrose on Sunday, July 5. His funeral was held at the Gately Funeral Home on Monday July 6, followed by a Mass of Christian burial at St. Mary Church, Herbert Street, Melrose. Interment will be private. Memorial contributions may be made in Frank’s name to Melrose Veterans Relief Fund, c/o City of Melrose, Attn: Veterans Office, 562 Main St., Melrose MA 02176. To send a message of condolence please visit www.gatelyfh.com.