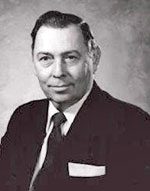 PEABODY — George William “Bill” Stone, 89, a resident of Brooksby Village in Peabody, and formerly longtime of Melrose, passed away peacefully on Tuesday, February 17 at Lahey Medical Center in Burlington.

George William Stone was born on May 20, 1925 in New Haven, Connecticut, one of two children of the late Walter C. Stone and Ellen J. (Tear) Stone. Raised in Clinton, he graduated from Clinton High School. In January of 1943, he entered the United States Navy and served honorably during World War II until his discharge in 1946. His dedication to serving our country continued in the U.S. Coast Guard in the Vietnam War and the Korean War. He was in the U.S. Coast Guard Reserve until his ultimate retirement from service in 1985.

George, known to family and friends as Bill, received his undergraduate degree from the University of Maine. After receiving his master’s degree in education from Boston University, he continued his education at Harvard and Salem State University.

Bill was a member of the American Legion Post number 50 in Clinton, Worcester Scottish Rite Bodies, the Consistory Guard in Boston and a life member of Trinity Lodge AF&AM as well as the Aleppo Temple Shrine. In his free time, he loved returning to Maine, where he was a licensed outdoor guide, and a Red Cross instructor for boating, sailing and canoeing.

He will be lovingly remembered as a devoted husband and loving father, grandfather, and great grandfather.

Relatives and friends will gather in honor and remembrance of Bill’s life for his memorial service at the Brooksby Village Chapel, 100 Brooksby Village Rd., Peabody on Saturday, March 28 at 1 p.m. Interment with U.S. Coast Guard honors will take place at Wyoming Cemetery, Melrose. Gifts in memory of Bill may be made to the Shriner’s Hospital for Children, 51 Blossom St., Boston MA 02114. For online tribute, directions or to express condolences, visit RobinsonFuneralHome.com.