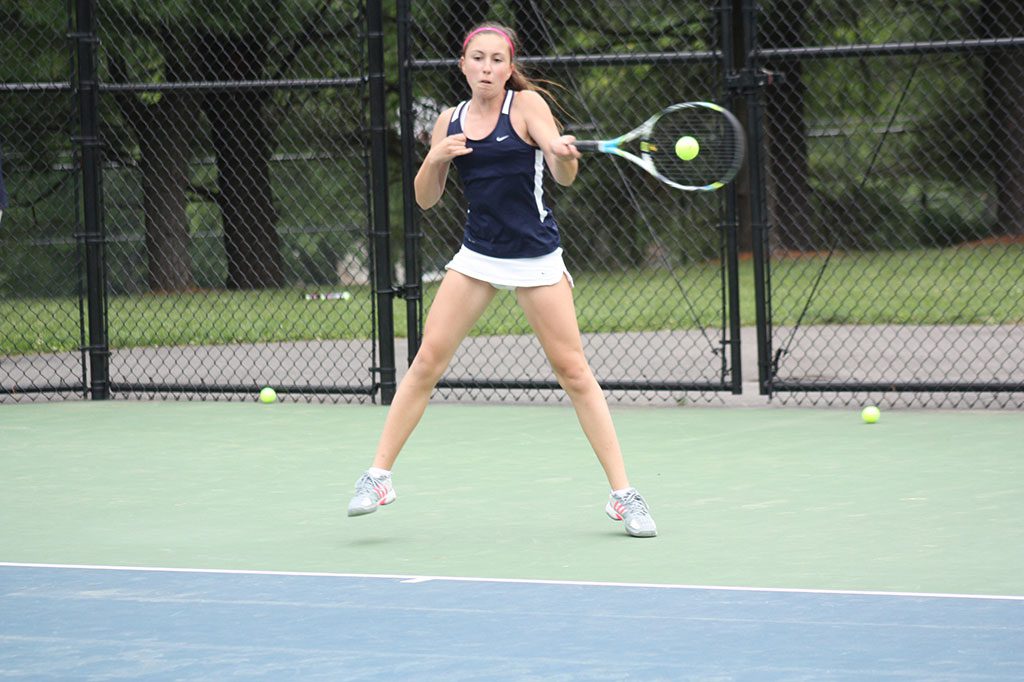 SOPHOMORE Sarah Mezini defeated her Ipswich counterpart in two sets during first singles, 6-0, 6-0, on April 6. The Pioneers defeated the Tigers 5-0 to open the 2014 season. (File Photo)

Stone was also pleased Katie Nevils made the “transition to the doubles court after playing all singles last year.” He was also impressed that Maglio and Stelman had “little trouble” during second doubles.

The Pioneers kept rolling and defeated Bedford 5-0 on Friday, April 10.

Skelley and Katie Nevils continued their strong play on the court and defeated their first doubles opponents in two sets, 6-0, 6-1. Sophomores Camie Foley and Katie Nugent pulled out a two set victory during second doubles, prevailing 6-1, 6-4.

Stone said he was pleased Foley and Nugent were able to come out on top in their second doubles debut.