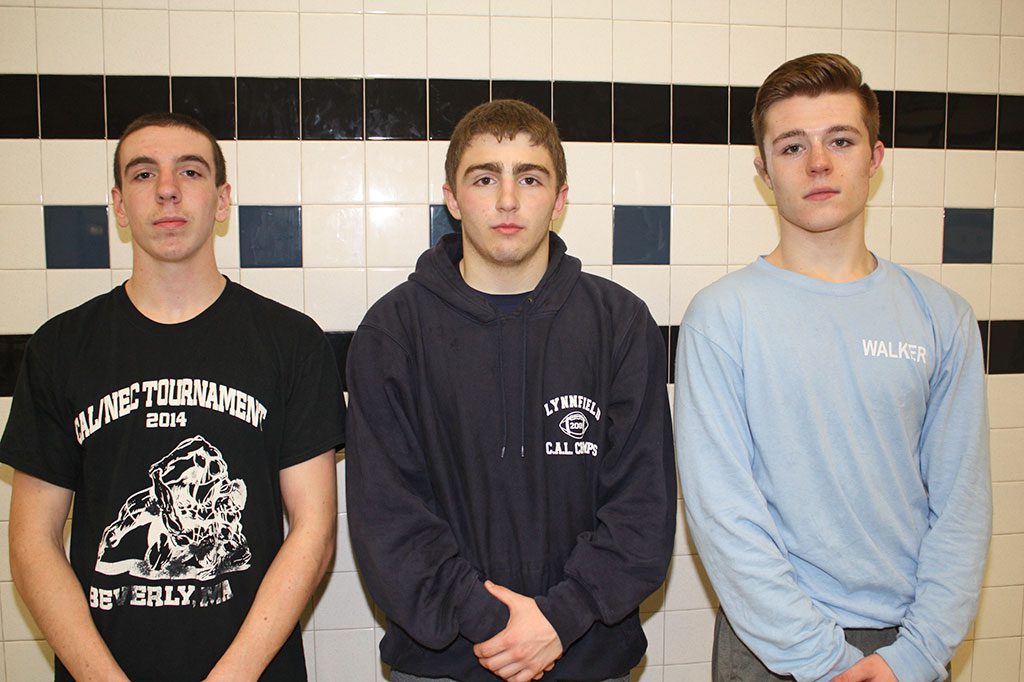 LYNNFIELD — The Lynnfield-North Reading co-operative wrestling team returned the mat last week and have opened the 2014-2015 season with a 2-1 record.

The 2014-2015 Division 3 season will mark the final year of the co-op program. The MIAA District Committee voted last summer to approve the co-op program for one more season but head coach Craig Stone said the committee felt North Reading has “enough wrestlers returning to have their own program” after this season. Stone said there are 21 North Reading grapplers on the team this season, while there are 19 Lynnfield wrestlers.

Stone said he is looking forward to the Black and Gold’s final run this winter but said the grapplers will need to overcome losing four productive wrestlers in Tom Arseneault, Eric Kerr, Scott McGrath and Joey Wise. He said the four wrestlers had “90 dual meet wins and close to 400 dual meet points.”

“We are returning a strong nucleus and will fill in those vacated weight classes with experienced underclassmen,” said Stone.

The Black and Gold will be led by three captains this season: Lynnfield wrestlers Lucas Pascucci and Dom Monzione and North Reading wrestler Joe Morse.

While Stone said the Black and Gold’s strength this winter will be its “depth and balance,” he said the grapplers need to continue focusing on their “conditioning and confidence.”

The Black and Gold went 2-1 in a quad meet against Wilmington, Hopkinton and Weston on Saturday, Dec. 13.

The grapplers started the season with an impressive 60-9 victory over Wilmington.

Zack Monzione (160 lbs.) defeated his opponent by a 3-2 decision. Bradley defeated his counterpart by a 7-0 decision. Hopkinton’s Josh Sokol defeated Troisi by a 6-4 decision.

The Black and Gold concluded the dual meet by defeating Weston 39-24.

The Black and Gold host Pentucket on Wednesday, Dec. 17 at Lynnfield High School, beginning at 6:30 p.m. The grapplers will compete in the Anthony Lisitano Tournament at Wakefield Memorial High School on Saturday, Dec. 20, beginning at 9:30 a.m.

The grapplers will host Malden Catholic and Marblehead on Tuesday, Dec. 23, beginning at 4 p.m. The Black and Gold will compete in the Pentucket Holiday Tournament on Saturday, Dec. 27, beginning at 10 a.m.