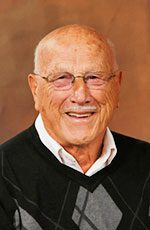 NORTH READING — Gregory A. “Greg” Capano,of North Reading, passed away June 3. He was the beloved husband of Adrienne (Kirby) Quercia–Capano and the late Edith Capano. He was the father of Carol Cresey and her husband Bert of Merrimac and Gregory Capano Jr. of Revere and the  stepfather of Mark Quercia and his wife Stephanie of North Reading, Kim Leone and her husband Stephen of Andover and Greg Quercia of Andover.

His funeral was held from the Cota Funeral Home, 335 Park St. (corner of Park St. and Rte. 28) North Reading on Wednesday, June 10, followed by a funeral Mass in St. Theresa’s Church, 63 Winter St. Interment was Woodlawn Cemetery, Everett. In lieu of flowers, donations may be made in Greg’s name to Friends of Fatima, PO BOX 206, Gilmanton Iron Works, NH 03837. Greg was a member of the VFW in Saugus, MA, BPOE in Naples, FL, past Commander of the VFW in Quincy and served his country in the US Army Air Corps during WWII.