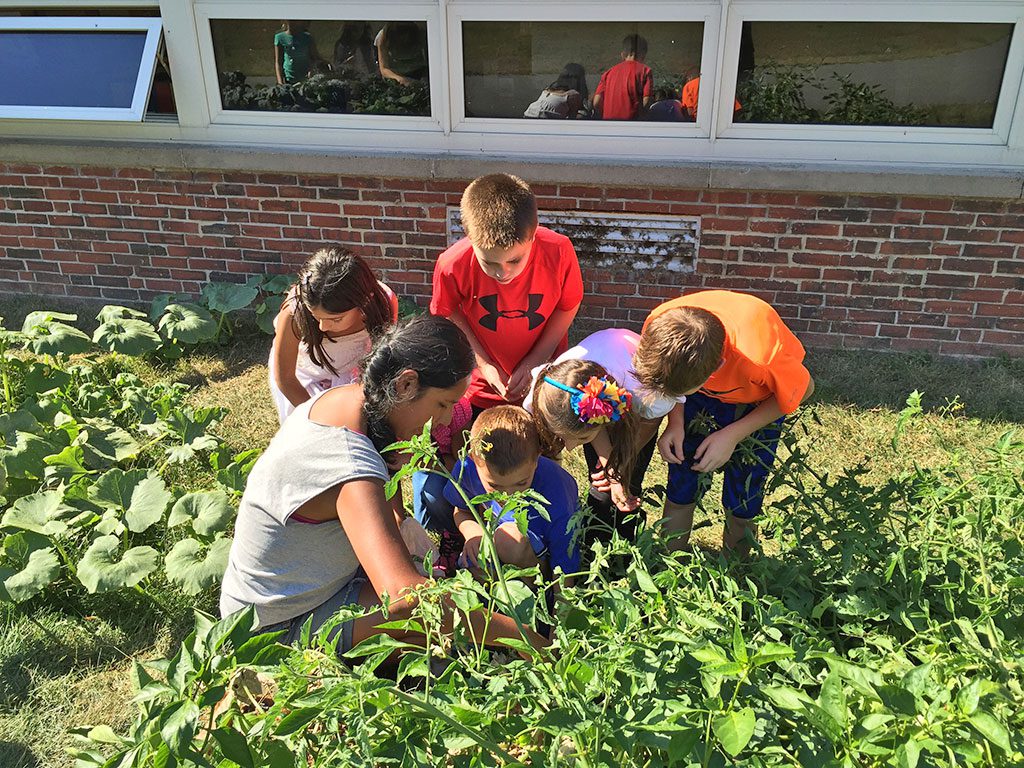 LYNNFIELD — A new garden at Huckleberry Hill School is teaching students about the principles of science and eating healthy.

The new garden is the result of a joint partnership between the Huckleberry Hill PTO, Green City Growers (GCG) and Whole Foods Market at MarketStreet Lynnfield. The new garden was planted a year after a similar garden was planted at Summer Street School, which was also funded in part by Green City Growers and Whole Foods Market.

“We are so lucky to have an amazingly supportive PTO who was as excited about this as we were,” said elementary science curriculum director Christina Noce. “They have helped with building and filling beds, being in touch with GCG and Whole Foods to plan for the 5 percent day and being there for anything we have needed. They have been funding the garden with the help of Whole Foods 5 percent day on September 22.”

Noce said the new garden at Huckleberry Hill contains Kale, rhubarb, salad greens, chard, tomatoes, cucumbers, squash, different kinds of peppers, herbs and other vegetables. PTO members and the Glynn family built the garden beds over the summer, which were filled with organic soil. Additionally, GCG built a “cold frame” on one of the garden beds, which Noce said will “extend the growing season.”

“The students have helped plant and harvest since starting school,” Noce added.

Noce said the new garden is teaching third graders about both science and nutrition.

“The lessons tie-in directly to (students’) life science lessons on plants and the conditions they need to survive,” said Noce. “They tie-in lessons on nutrition as well and discuss the health benefits of eating local.”

“The students are also more likely to eat the produce that they have helped grow and harvest,” said Noce. “The food that is harvested every other week is brought by the students to the cafeteria, where it is incorporated into their lunch the next day. It is exciting for the students to see the fruits of their labor!”

Noce said GCG, which is in charge of planting and maintaining the gardens at Whole Foods Market at MarketStreet as well as Fenway Park, will be holding a series of workshops with Summer Street and Huckleberry Hill students. The workshops will discuss planting, weeding and harvesting techniques. The workshops will also offer students insight about the life of bugs and the role they play in gardens.