Land sale and swap to be put before TM voters 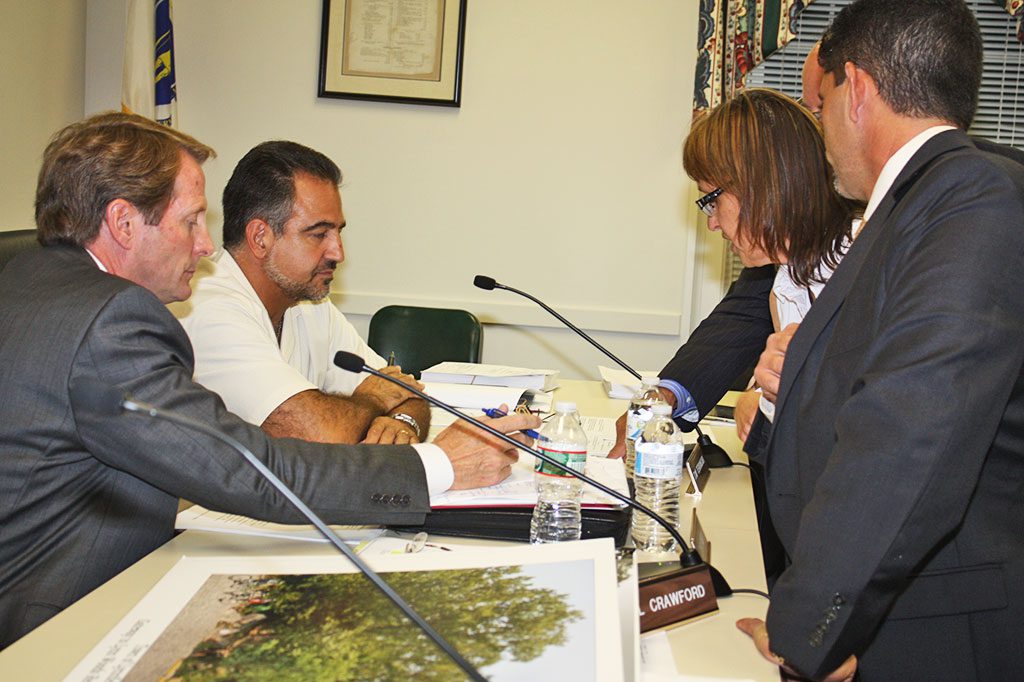 LYNNFIELD — A land swap and sale of landlocked conservation land on Route 1 North may be put before the voters at October Town Meeting in what would be part of a multi-step process at the local and state level.

This parcel has been used for parking purposes under licenses granted by the ConCom originally to the former Big Dog Restaurant and currently to Kelly Jeep.

Since the conservation parcel does not have frontage, it does not have any permanent public access. The parcel is mainly ledge and woods and is used for access to both the Bow Ridge Conservation Area and the Lynn Woods Reservation for recreational purposes. It is popular with mountain bikers and hikers.

Kelly’s proposal, which has received the blessing of the ConCom following a unanimous vote to declare it as “surplus” and “no longer needed for conservation purposes,” would include a land swap of at least 9,100 square feet of land on a portion of the nearby Kelly Nissan property, he told the Board of Selectmen earlier this month. The agreement would also include permanent access and a parking easement for five cars to provide access to the Bow Ridge Conservation Area. Kelly’s attorney, Marc Kornitsky, said these recreational users have access to the site now only “through the goodness of Mr. Kelly.”

Additionally, the town would receive at least $170,000 comprised of the fair market value of the land and cash. Kornitsky said two appraisals were done to assess the land’s value. The town’s appraiser valued it at $115,000 while Kelly’s appraiser pegged it at $170,000, and Kelly has offered to give the town $175,000 for it.

Mullen said the money from the sale of the land “would go into a conservation fund and could only be used for conservation land.”

As for the RFP process, Mullen added that “Kelly has something unique to offer, which is the access easement.”

Kelly is interested in the land swap because he wants to relocate the Kelly Jeep building on the site in order to improve safety by pulling it back from its frontage on Route 1. He has been in talks with both the ConCom and the Lynnfield Water District (LWD) for over a year to redesign the site. Kornitsky said both the Bow Ridge Conservation land and the LWD land serve as a “buffer” between the car dealership and the residential neighborhoods in South Lynnfield.

Kelly said relocating the building further from Route 1 on a reshaped lot would enable customers coming off the highway at highway speeds “to access a deceleration lane,” which would make the parking lot much safer for everyone who uses it.

The submission of plans to be reviewed by the various town boards would be contingent upon the outcome of any potential land swap.

Both Mullen and Kornitsky explained that it is not easy to sell land that has been placed in conservation, and the process to do so is governed under Article 97 of the state Constitution. Therefore, in addition to the ConCom’s unanimous declaration of the property as surplus and the two-thirds approval by Town Meeting to authorize the selectmen to take the appropriate action to permit the sale of the land, before the RFP is issued the town must petition the General Court to seek legislative authorization from both the House and Senate to transfer and convey the property.

The town would also be required to file an “Environmental Notification Form (ENF) with the state,” Mullen said.

Kornitsky added that “the Executive Office of Environmental Affairs will not give its approval unless there is a suitable piece of land” that is at least equal to the square footage being sold.

All three selectmen were concerned that residents, particularly abutters, be given adequate opportunity to review and understand the ramifications of this plan.

Selectman Chris Barrett commented, “I don’t have enough information.” He requested an aerial photo of the area and also wanted a site visit to be arranged. Barrett added that a two-thirds vote at Town Meeting is “tough to get.”

“I still want you to go before the Planning Board before you get my support for this,” Selectman Tom Terranova told Kelly.

Selectmen Chairman Phil Crawford added, “You have residents here who are concerned about it.”

A site visit has been scheduled for today (Wednesday, September 30) at 5 p.m. at the Kelly Jeep-Chrysler. According to the town administrator’s office, neighbors were invited to attend by mail by Kelly’s attorney and the Planning Board members along with the Board of Selectmen were informed of the site visit.

Under the Open Meeting Law, site visits are not required to be posted as meetings as long as the board members in attendance do not engage in deliberations.

The Town Meeting warrant must be closed by the board to meet statutory posting deadlines before the additional meetings and site visits can take place. The selectmen are meeting on Friday, Oct. 2 at 8 a.m. at Town Hall only to close the warrant to meet that deadline. The board’s next regularly scheduled meeting is Monday, Oct. 5 at the Al Merritt Center at MarketStreet at 7 p.m.

October Town Meeting will be held on Monday, Oct. 19 at the Lynnfield Middle School auditorium.

Town Administrator Jim Boudreau explained to the board that “a vote to put it on the warrant is not for or against” the article. Boudreau said the board members can take their vote on whether to recommend Town Meeting approve the sale of this land “at a later date.”