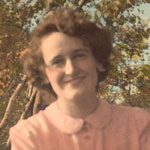 MELROSE — Lucille N. (Landry) McBride, 92, passed away at her home in Melrose on October 9.

Lucille was born in Nashua, NH, on November 28, 1921 to the late Antonio J. and Berthe M. (Marquis) Landry. She graduated from Milford High School in Milford, NH and then from the McLean Hospital School of Nursing.

Mrs. McBride served her country with pride as a registered nurse in the U.S. Navy during World War II. She moved to Melrose in 1950 and has been a residence ever since.

Lucille was a founding member of Incarnation Church in Melrose where she was a CCD teacher. She did volunteer work with the local Red Cross and was a member of the McLean Hospital School of Nursing Alumni Association.

Mrs. McBride was a talented musician, an excellent singer, played the cello and thoroughly enjoyed playing the piano at her home in Melrose. She was an avid reader and loved going to Hampton Beach in Hampton, NH.

The funeral was from the Gately Funeral Home, 79 W. Foster St., Melrose on Monday, October 13, at 9 a.m, followed by a Mass of Christian Burial at Incarnation Church, 425 Upham St., Melrose at 10 a.m.

Relatives and friends are respectfully invited to attend.

Burial with military honors at Wyoming Cemetery in Melrose.

In lieu of flowers memorial contributions may be made to St. Vincent De Paul, 425 Upham St., Melrose, MA 02176.