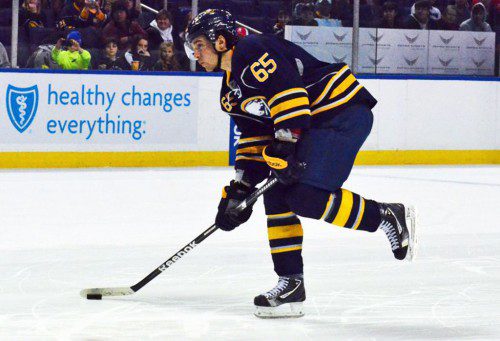 In exchange for Flynn, the Sabres will receive a fifth round draft pick from the Canadiens in the 2016 NHL Entry Draft.

“I obviously don’t expect to go [to Montreal] and play the 20 minutes a night that I’ve been playing here,” Flynn told Sabres.nhl.com. “They’ve got a really deep lineup, a lot of good forwards, a lot of guys who can score. If I do play more of a defensive role or kill some penalties and things like that, whatever I can do to help the team win, that’s what I’m going to do.”

Since making his NHL debut back in 2012-13, Flynn has produced 41 points (17 goals and 24 helpers) in 159 regular season games with the Sabres. Two of his goals were scored shorthanded and one was a game-winner.

Flynn first joined the Sabres as a free agent on March 29, 2012. He told TVA Sports he believes will be a good fit for the Canadiens.

“I think I’ll just hopefully be a good, solid two-way guy who can skate and maybe do a good job on the penalty kill and be a guy who shows up and is consistent every night and in the work ethic I bring,” said Flynn. “And hopefully I bring a little speed to the lineup.”

The Canadiens are currently in first place in the Eastern Conference with a 42-18-6 record.