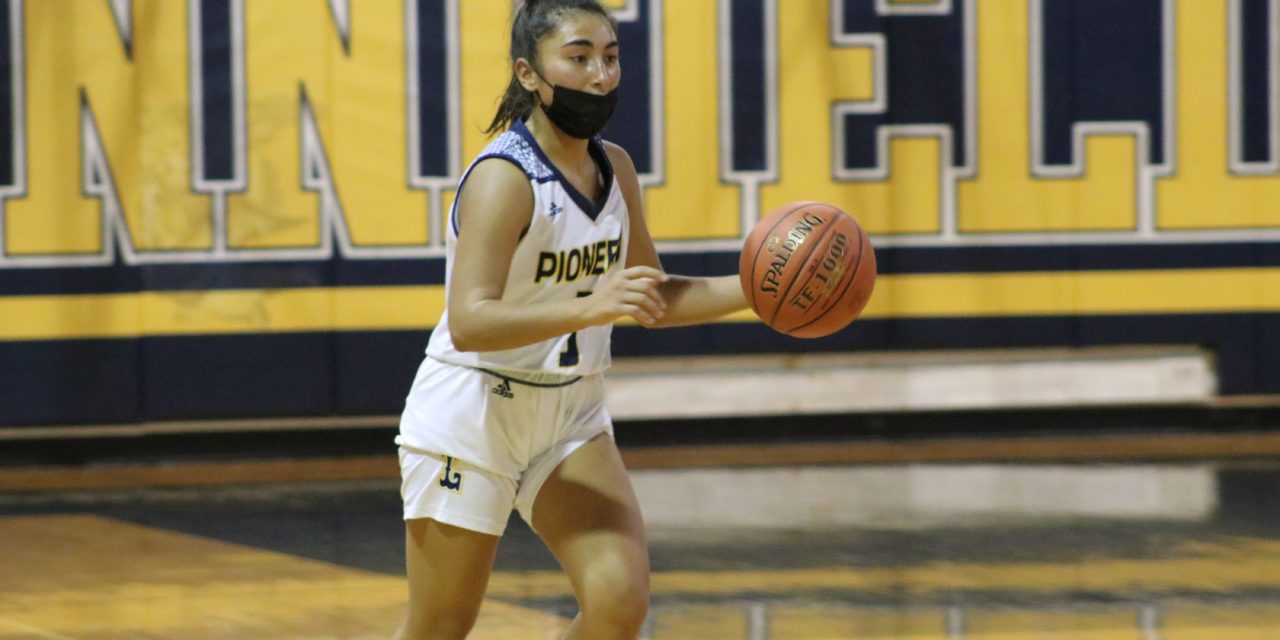 BELLA GEORGE scored 18 points during Lynnfield’s win over Collegiate Charter on Jan. 4. The junior led the Pioneers in scoring again with 13 in a close loss to Triton on Jan. 6. (File Photo)

BYFIELD — The Lynnfield High girls’ basketball team lost to host Triton, 52-45, on Sunday afternoon in Byfield. With that defeat, the Pioneers record dropped to 1-4 overall and 0-4 in the Cape Ann League.

This game was originally scheduled for Jan. 7 but was moved back two days due to the snowstorm. It was also Triton’s Senior Day.

“It was a really good game but they were able to hit their free throws late,” pointed out Pioneers head coach Sue Breen.

Taylor Valitin led the team in rebounds with 10 while Lucy Cleary pulled down eight boards.

Kendall Liebert led the Vikings in scoring with 22 points.

The Pioneers notched their first win of the season on Jan. 4 as they beat host Collegiate Charter of Lowell, 56-10.

This one was decided early as the Pioneers led 33-7 at the half.

“It was our first game in 17 days and we played well despite the layoff,” said Breen.

The next game for the Pioneers will take place on Wednesday (Jan. 12) at 4 p.m. as they travel to Lexington to take on Minuteman Tech in a non-league contest.

Lynnfield returns to CAL play on Jan. 14 at 5:30 p.m. as they host North Reading. The team then goes to Manchester-Essex on Dr. Martin Luther King Jr. Day at 4:30 p.m.