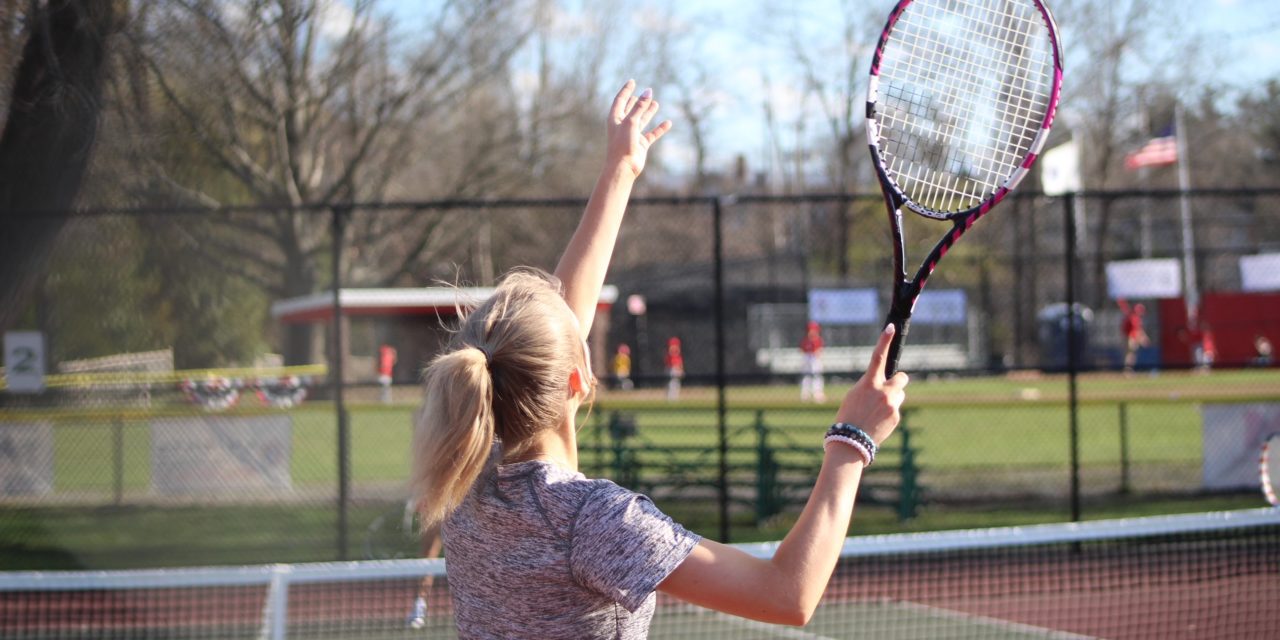 Could league title be in store?

MELROSE—The Melrose High girls tennis team’s winning season continues and they are currently unbeaten at 6-0 in the Freedom League as they continue their league play this week. Melrose remains undefeated in the league thanks to back-to-back victories over Freedom rivals Watertown and Stoneham. With 4 more matches to go, the odds are looking good that Melrose will once more become Freedom League champions like last year and will punch a tickets to playoffs.

They are currently #6 in MIAA Div. 2 Power Rankings.

“We play Wakefield on Wednesday and Burlington on Thursday,” reports Melrose head coach Lydia Mays. “These are the two most important matches of the season. We have already beaten both teams but they are strong and want to even the score.”

Melrose prevailed over Watertown by a score of 4-1 on Monday during Senior Night, an event that honored captains Emily Chow, Ruby Robicheau, Mackenzie Donovan, along with Isabella Cottrell, Jacqueline Brady, Celina Chevathamanon, Naima Pierre, Sofia Totino, and Saoirse Stallings. The win was achieved by the work of first singles via Ava Picone, second singles by Isabella Cottrell, third singles by Saoirse Stallings, and first doubles from Ava McSorely and Anna Wong, and in second doubles, Mackenzie Donovan and Emily Chow. This was also the lineup against Stoneham, who they beat 5-0 last week.

“Both teams gave us tough matches,” says Mays. “Our players needed to fight for every point they earned. A lot of matches went into 3 sets with both teams. In the end, Melrose found a way to come out on top for almost all of the matches played.”

With senior captain Ruby Robicheau out, Melrose got creative with their lineup. “Everyone has been put into new spots,” says the coach. “They have risen to the occasion and have played phenomenally.”

One of those players includes Saoirse Stallings, according to the coach. “She has played incredibly well in both doubles and singles. I can put her in 3rd singles or 1st doubles and I will be confident she will come out with a win,” says Mays. “I’m proud of the improvement Saoirse has made this year and always look forward to watching her play.”

At 7-4, and with playoffs a likely scenario, Melrose is looking to sharpen some of their game in order to be at their best come postseason. Says the coach, “I think the only thing my players could work on is closing out key matches when they have the opportunity. Some matches go longer than necessary but a win is a win.”

And of course, the prospect of winning the league is right at their fingertips. And that can be done if Melrose prevails in two, key league matches against Wakefield Burlington this week (post deadline) before traveling to Wilmington on Tuesday and finishing the regular season next Thursday at Stoneham. Just another win or two could guarantee their place in playoffs. Stay tuned!