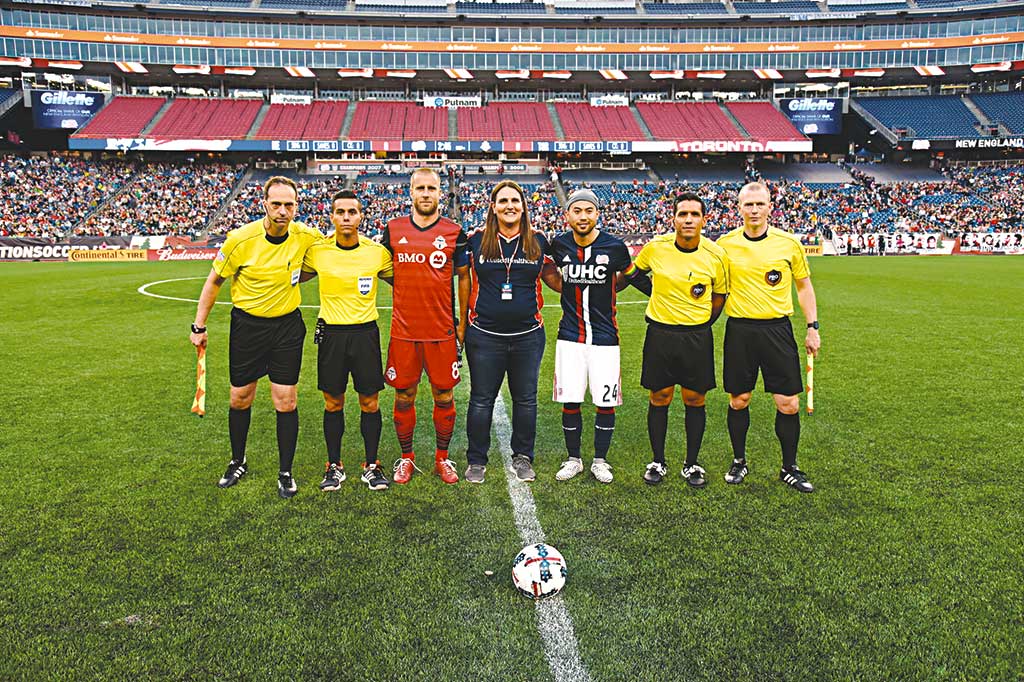 LIZ DESELM of Melrose was recognized by the New England Revolution as the Honorary Captain alongside Toronto FC midfielder Benoit Cheyrou and Revs midfielder Lee Nguyen at Gillette Stadium during Pride Night on Saturday, June 3.

BOSTON—The New England Revolution recognized Melrose’s Liz DeSelm as the team’s Honorary Captain at their home game on Saturday, June 3 against Toronto FC. Liz, a chemist by trade, was recognized during a pre-game ceremony during the New England Revolution’s first official Pride Night. DeSelm is only the second out transgender person in Massachusetts to be elected to public office in the Commonwealth.
Liz DeSelm was elected in November of 2015 to the Melrose School Committee. DeSelm is an advocate for students’ right to use the bathroom of their chosen gender in their districts.
The Revolution’s Pride Night took place during Boston Pride Week which included more than 30 events and celebrations for the LGBTQ community and allies. While on the field, Revs captain Lee Nguyen and players sported a rainbow sweatbands, the pitch featured rainbow corner flags, the Pride flag flew high above Gillette Stadium, and a portion of ticket sales were donated by the Revolution to Boston Pride. 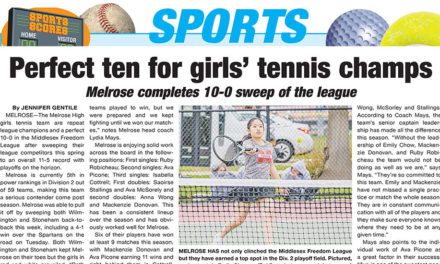 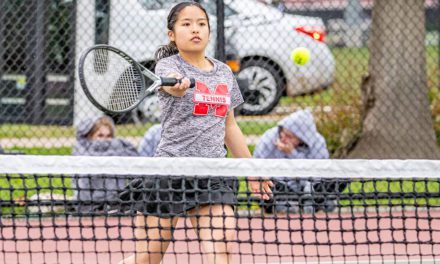 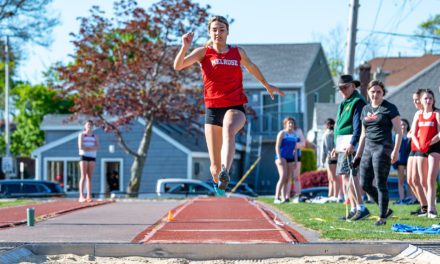 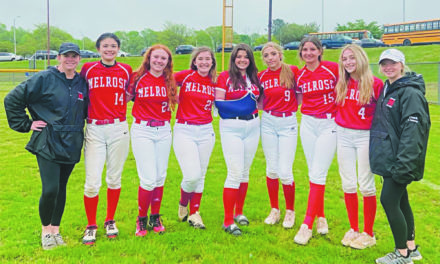 Softball finding wins as they prepare for Sr. Night