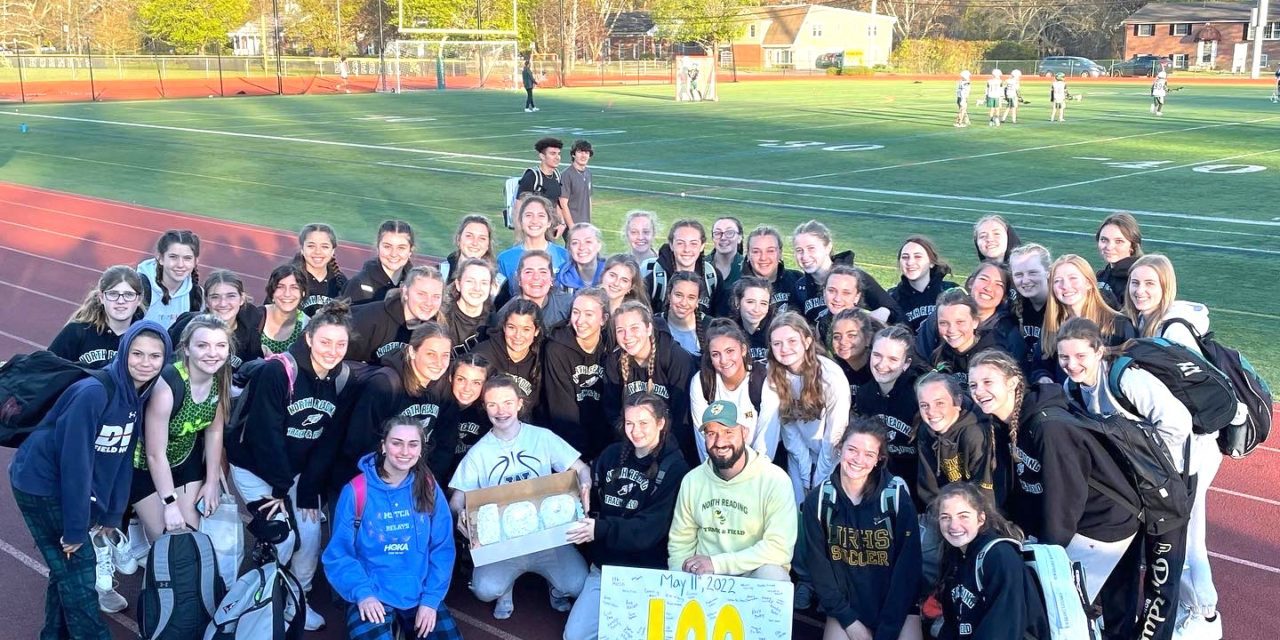 THE HORNETS celebrated the 100th win for head coach Sotirios Pintzopoulos pictured center, front row, on May 11. An NRHS alum, Pintzopoulos took over the program in 2007 and has led the Hornets to historic heights in the Cape Ann League and statewide. (NRHS Track Photo)

NORTH READING — The NRHS girls’ track and field team hosted Lynnfield on May 11 for the last track meet at home (senior night). The event was highlighted by many incredible performances and an historic 8th straight CAL Championship for the Hornets dating back to 2014. (2020 was not contested). The program regular season meet record over that eight year span has been 62-1 with one loss to Pentucket in 2017. The win also marked the team’s 100th victory in regular season competition under Head Coach Sotirios Pintzopoulos, who has led the program since 2007.

The Hornets dominated the Pioneers across the board, beating Lynnfield in 16 of the 17 events contested, sweeping two events with all three athletes achieving state qualifying marks in the Triple Jump and 100 Meters. In the one event they did not win, the pole vault, 4 athletes achieved personal best marks with 3 of them qualifying for the state championship. Hayden MacLellan (9’0”) took 2nd and Jessica Hill and Julia DeAngelis (7’6”) tied for 3rd as all 3 qualified for the state championship with their marks. Yasmin Farias also had a personal best vaulting 7’0”. 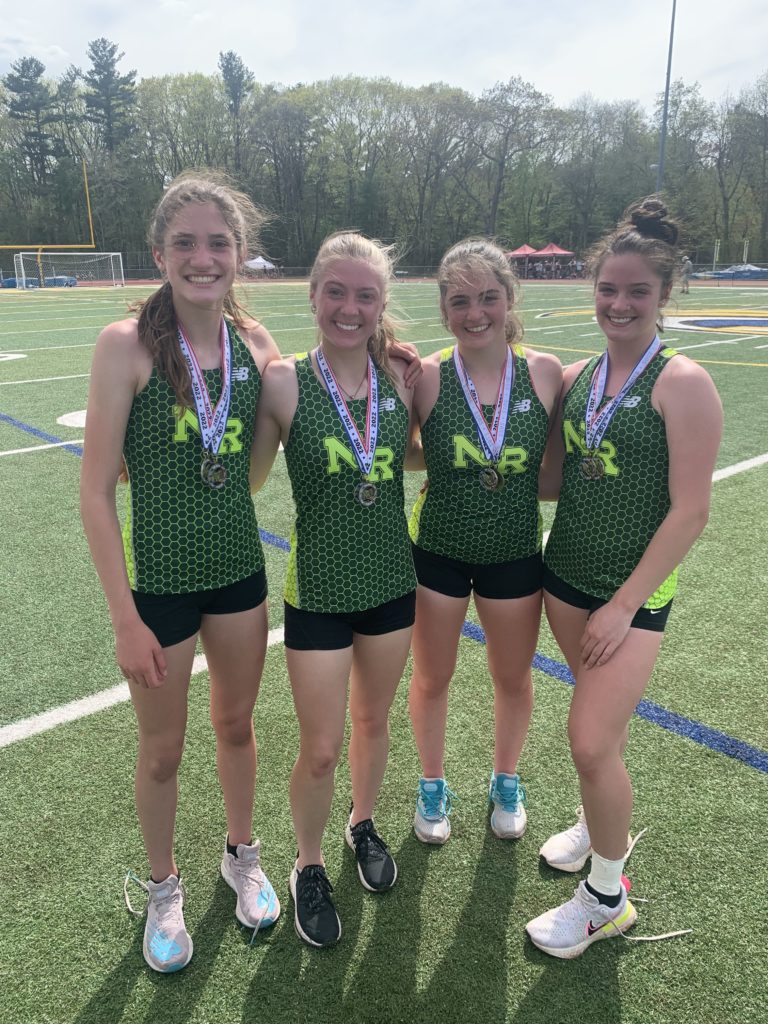 THE 800 SPRINT medley was one of multiple winners at the Andover Boosters Meet over the weekend. Pictured from left to right is Giuliana Ligor, Ava McIntyre, Madison DiNapoli and Kayla Budny. The 4×100 team of McIntyre, DiNapoli, Budny and Madison Vant and Ligor in the 400 meter hurdles were the other winners at the meet. (NRHS Track Photo)

The Hornets compete in the Cape Ann League Open Championship tomorrow evening at Triton Regional High School as the 8 teams in the CAL both Baker and Kinney Divisions will compete to see who is the all around champion of the league across both divisions. The action starts at 4 p.m. and will conclude around 9 p.m.