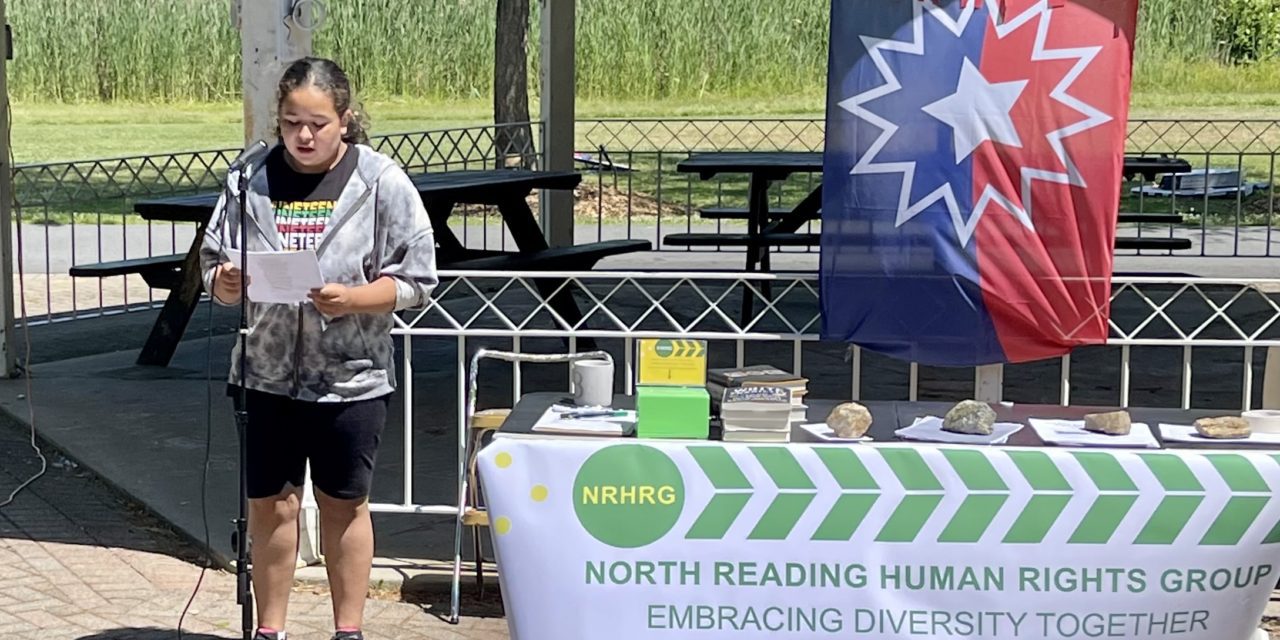 Juneteenth (short for June 19th) marks the day federal troops arrived in Galveston, Texas in 1865 to take control of the state and free the enslaved. This came a full 2 1/2 years after the Emancipation Proclamation was signed by President Abraham Lincoln.

Juneteenth honors the end of slavery in the United States of America and is considered the longest-running African-American holiday. It became an official holiday in 2021. 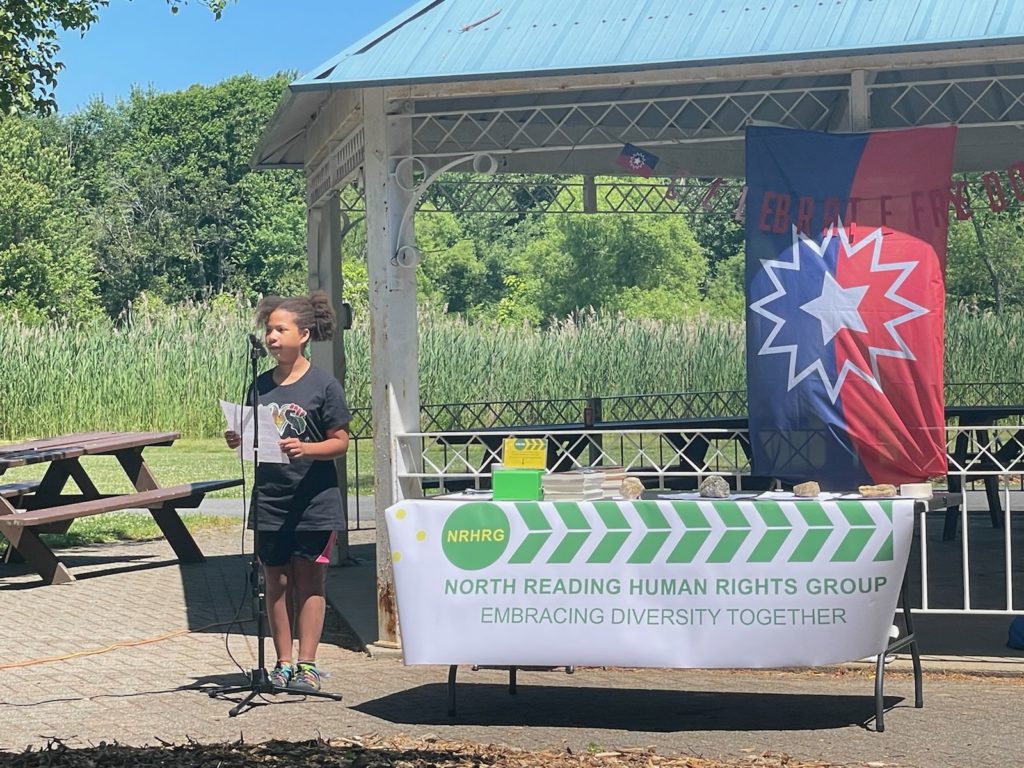 Members of the NRHRG worked with local North Reading families of color to stage this event at the Ipswich River Park gazebo. Select board member Rich Wallner was a participant, and community members, both parents and kids, shared meaningful poems and thoughts about the event with the attendees.

Among them were sixth-grader Kai Candelari, who was inspired to read Amanda Gorman’s poem “Change Sings,” and Faith Cote, age 10, who read “Sojourner’s Voice” based on the remarkable life of Sojourner Truth.

For additional information about the NRHRG send an email to: [email protected]