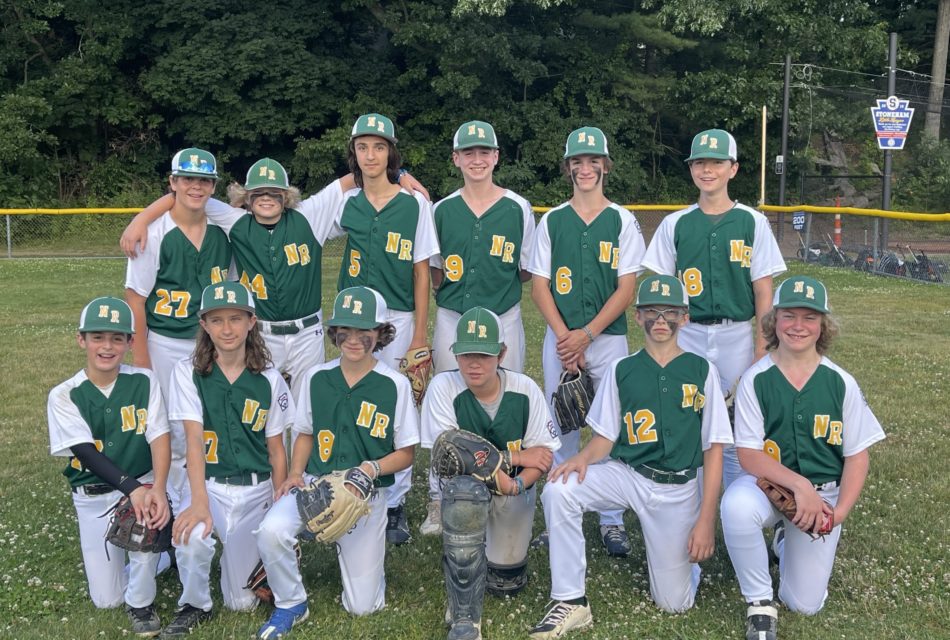 NORTH READING — In their final year on the Little League diamond before moving to the regulation size field next season, the North Reading 13-year-old All-Stars went 1-2 in the District 13 tournament this summer.

The last game took place on June 28 as they lost to host Stoneham, 10-7, at McCarthy Field.

Coach Levine has been coaching, either as an assistant or head coach, with this team since they were 10-year old All-Stars.

The lone North Reading win took place on June 26 as they defeated visiting Wilmington,  12-2, in a five-inning mercy-rule game at Benevento Park.

In that victory, North Reading starter Branden Levine was the winning pitcher going all five frames.

In the first game of the tournament, North Reading lost to the eventual district champ, Lincoln-Sudbury, by a final score of 11-1 at Featherland Park in Sudbury.

“They were a very strong team,” said, Levine about Lincoln-Sudbury. “They had the best pitching we have seen.”

Last year in the 12-year old Williamsport Tournament, which a majority of this year’s team played on, North Reading went 4-1 falling to Reading in the District 13 title game.

Two of the new players on the team this year who were not on that Williamsport squad, were Scott Costello (center field) and Charlie Considine (outfielder).

“Wyatt was a human backstop behind the plate blocking everything,” stated Levine.

In the three game played, Mello, Cooper, Bakr and Libby led the team in on-base percentage.

Mello, Levine, Bakr and Libby also played on the 12-year old North Reading Bay State Tournament team this summer since they were young enough to be eligible.

After the tournament, it was emotional for coach Levine knowing that this was the last time he would coach these kids.

“It was bittersweet,” he admitted. “ I have had a blast with these kids and I am going to miss coaching them.”