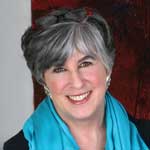 Ephron is the third and final guest speaker of the 2015 Sweetser Lecture Series and will talk about growing up in the shadow of Hollywood and how movies shaped her in her youth and how they have continued to shape the way she writes and what she writes about.

“I’ll also be talking about the line between fame and infamy, celebrity and scandal,” she said.

The New York Times best selling author was certainly in good company during her childhood. Her mother and father, Phoebe and Henry Ephron, were screenwriters for classic films such as Carousel and Daddy Long Legs. All four of their daughters — Hallie, Nora, Delia and Amy — followed in their parents’ footsteps.

Being surrounded by writers in her family influenced Ephron’s own decision to continue the tradition but she waited until she was 50 to launch her career. She humorously refers to her late blooming as “succumbing to her genes.” Perhaps the most widely known of the Ephron sisters is Nora Ephron of When Harry Met Sally fame. She died from complications of acute myeloid leukemia in 2012.

Once Hallie Ephron took the first step toward writing, success followed. Reviews of her books have been positive and many book clubs have chosen to read her works, which have also garnered positive reviews.

Ephron said she needed to get to the point in life where she had the confidence to try, even if it meant failing.

“I stopped worrying about my work being compared to my sisters’ and I carved out my own niche for the stories I tell,” she said.

Though Ephron, Delia and Amy remain close and caring, they don’t necessarily talk shop but they do talk a lot about television, movies and books — but only as consumers.

As is often the case in many people’s lives, Ephron’s mother influenced her life choices.

“My mother was a screenwriter long before it was common for women to have jobs,” she said. “She also loved poetry and cherished words. As kids, she gave us books with strong female characters.” As examples, Ephron named Dorothy Gale, Nancy Drew and Anne Shirley.

Looking back, Ephron now sees that her mother was hinting, not so subtly, that she expected her daughters to be as strong and independent as she was.

“She believed that the best things to write about were your own experiences,” Ephron commented. “When she was in the hospital and near death, she said to Nora ‘You’re a writer. Take notes!’”

As a writer, Hallie Ephron is not content to rest on her laurels. On the contrary, she is currently promoting “Night Night, Sleep Tight,” a book based on her experiences growing up in Beverly Hills in the 1960s and then feeling like an alien when she returned in the 1980s.

“It’s also about the movie business, of course, and how it changed in the 1960s,” she said, “I weave in a what-if scenario that’s loosely inspired by a murder that happened around the corner from where I grew up (movie star Lana Turner’s boyfriend Johnny Stompanato was stabbed to death by Turner’s 14-year-old daughter). The book has been getting fantastic reviews and I’m doing everything I can to help it take off.”

Her other titles include “Never Tell a Lie” and “Come and Find Me.”

Learn more about Ephron and her fascinating career as a novelist on Wednesday night. Tickets at the door are $10. They are also available at Smith Drug, 390 Main St. All proceeds will go to local charities. For more information, visit https://sites.google.com/site/sweetserlectureseries.