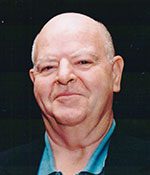 Born in Melrose on April 6, 1939, he was the son of the late Philip B. and Marguerite (Lewis) Shapleigh. He was raised in Malden and attended Malden Public Schools. He was a U.S. Marine Corps Veteran of the Korean Conflict, serving from 1956 to 1959.

Philip was a plumber for Local No.12, for 55 years. He worked for Charles River Labs in Wilmington, Minuteman High School in Lexington and for the Boston Housing Authority.

His funeral was held at the Croswell Funeral Home, 19 Bow St., North Reading on Saturday, Jan. 24, at 10:30 a.m. In lieu of flowers memorial donations may be made in his memory to: Magic Foundation, 6645 West North Ave., Oak Park IL 60302. www.croswellfuneralhome.com.