STONEHAM — The Scholarship Foundation of Wakefield, Inc. (TSF of Wakefield) held its annual golf tournament at the Bear Hill Golf Club in Stoneham on 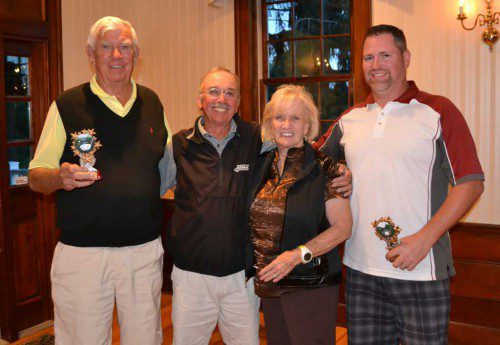 Monday, Sept. 21 with Rob Curley shooting a 82 and winning the TSF tournament for the second straight year and third time overall.

Actually, three players finished at 82, but in a match of cards, Curley won.

It was an ideal day for golf as 64 participants received their greetings and ground rules from Bear Hill assistant pro Jeff Wirbal and tournament co-chairmen Tom Merchant and Bob Curran in preparation of the 12:15 p.m. shotgun start.

Pro shop gift certificates and trophies were awarded to the low gross and low net winners. The top three low net winners, determined by the Callaway System, had Joe Curley with a net 73 and he was followed by Howard Melanson and Jim Curley.

TSF is most grateful to the sponsors of this tournament: Wakefield Co-operative Bank, the Wakefield Daily Item and Boston Private. Volunteers Roberta DiNitto 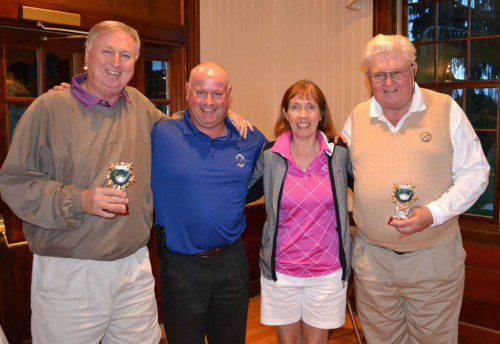 and Jean Hall checked the golfers in and supplied them with a sleeve of Titelist golf balls.

Following the golf, the Bear Hill staff served a delicious buffet dinner including: salad, rolls, baked beans, corn on the cob, chicken and steak tips. DiNitto and Hall sold tickets for a special fundraising raffle, which offered more than $1,500 in prizes including many gift certificates and golf equipment. 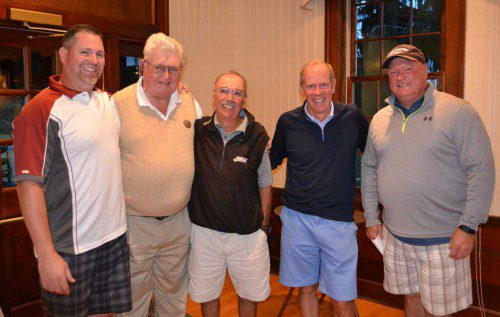 The Scholarship Foundation of Wakefield was founded in 1960. Its purpose is to provide financial assistance to needy residents of Wakefield in their full time pursuit of higher education. For further information, please call the TSF office at 781-245-4890 or visit the website at www.tsfofwakefield.org.