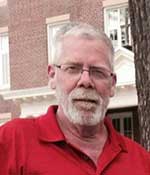 MANCHESTER, N.H. — Robert J. “Bob” Sullivan, of Manchester, N.H., formerly of Lawrence and Melrose, passed away on Dec. 16 at the age of 56, after a short illness.

Bob was born in Medford on June 15, 1960 to the late John A. and Dorothy A. (Randall) Sullivan. He was raised in Melrose and graduated from Melrose High School in 1978. Bob was a proud member of the North Star Drum & Bugle Corp., and was an original member of the Chrome Wall Drum Line.

Bob was a talented musician who always had a passion for playing the drums, the piano and just about any other instrument he could get his hands on.

Interment will be private.

In lieu of flowers contributions may be made to the Jimmy Fund/Dana Farber, P.O. Box 849168, Boston MA 02284-9168. To leave an online message of condolence please visit gatelyfh.com.