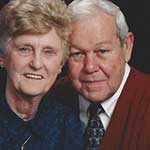 Ruth was born in Malden on Dec. 22, 1938. She was raised in Malden and attended Girls Catholic High School. She met the love of her life, Robert Shaw Sr., at a coffee shop in Malden Square, and in 1955 they were married in Melrose. They lived throughout the country over the years. Robert was in the military, and even after he retired they stayed on the move.

Ruth always took very good care of her homes. She was a wonderful mother who was happiest when she was surrounded by family. Ruth could be quiet, but she had a lighthearted side to her and she taught her family how to laugh even when the times were tough. She will be greatly missed by her entire family.

Visitation was held on Tuesday, Dec. 20, 2016 from 4-8 p.m. at the Gately Funeral Home, 79 West Foster St., Melrose. Her funeral from the Gately Funeral Home was on Wednesday, Dec. 21, 2016 was followed by a Mass of Christian Burial at St. Mary Church, Melrose. Interment at the Massachusetts National Cemetery, Bourne. To leave an online message of condolence, please visit gatelyfh.com.