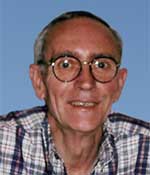 Robert “Bob” was born in Somerville on May 2, 1938 the son of the late Herbert F. and M. Grace (Conrad) Murley. Bob was a graduate of Stoneham High School, class of 1956. He retired from BLH Electronics in Waltham where he worked as a technician for over 30 years. He enjoyed camping, music, the CB Club, cruising on his moped, and was a devoted Red Sox fan. He will be remembered for his kindness and quick witted humor and will be missed by all who knew him.

Bob was the loving father of Elizabeth Stodolski and her husband Gerard of Bedford N.H., Robert W. Murley, Jr. and his wife Lisa of Wakefield, William F. Murley of Salem, and Richard G. Murley and his wife Tina of Natick. Stepfather of the late Joseph Barbagallo and Diane Perullo of Saugus, and Scott and Chrissy Murley of Londonderry, N.H. He was the grandfather of Kammie, Rob, Amanda, Alicia, Alexander, Jonathan, Grace and Jack. He was the brother of William C. Murley of Dedham, Maine. He is also survived by several nieces and nephews.

Visiting hours will be held on Monday, July 2 at the Douglass, Edgerley and Bessom Funeral Home 25 Sanborn St. (corner of Woburn St.), Reading from 4 – 7 p.m. Funeral services and burial are private. For directions and online guest book visit johnbdouglassfuneralhome.com.